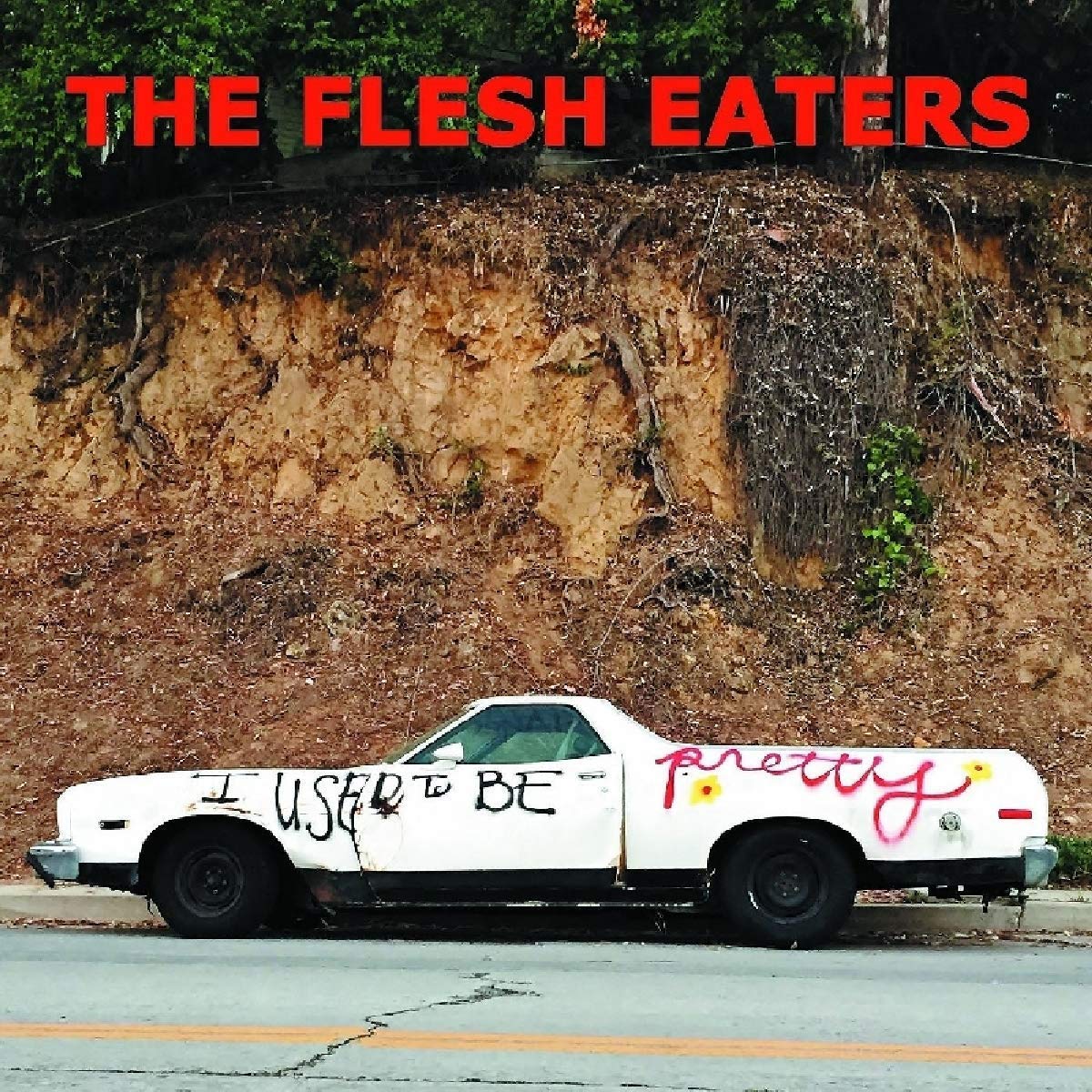 The Flesh Eaters, LA’s unconventional “supergroup”, reunites classic 1981 lineup of founding vocalist and songwriter Chris Desjardins — better known as Chris D, Dave Alvin (guitar) and Bill Bateman (drums) of the Blasters; John Doe (bass) and D.J. Bonebrake (marimba and percussion) of X; and Steve Berlin (saxophones) of the Plugz (and later the Blasters and Los Lobos) for I Used to Be Pretty.  On five of the album’s 11 tracks, Julie Christensen, Desjardins’ vocal partner in The Flesh Eaters’ successor band Divine Horsemen, latter-day editions of the original group, and in married life joins in. The Flesh Eaters were among the groundbreaking bands that emerged from the original Hollywood punk club the Masque in 1977, and after using different musicians on early recordings, this is the lineup that holds the most love from fans.

“Black Temptation” is one of two new tracks on here and starts things off with a slow burn that builds to a crescendo and the band is totally on point with a great rocking track to start things off. The other new song is the last one, “Ghost Cave Lament” and what a doozy it is coming in at over 13 minutes long. The track is just amazing with the sax, marimba and the tortured vocals making this a modern-day version of the Doors “The End.” The two new songs show that these guys are every bit as talented as they were on their older album and gives hope for more in the future. Six tracks on I Used to Be Pretty offer forceful reinterpretations of previously released Flesh Eaters songs. “Pony Dress” from the compilation Tooth and Nail (1979), “My Life to Live” and “The Wedding Dice” appeared on Forever Came Today (1982); “Youngest Profession” on Dragstrip Riot (1991); “House Amid the Thickets” on Ashes of Time (1999); and “Miss Muerte” was the title track of the most recent Flesh Eaters album. All of these songs have been updated, but not drastically changed, just given a new sheen from these great musicians, kind of fine-tuning them if you will. They also have three covers on this album; Fleetwood Mac’s “The Green Manalishi,” The Sonics “Cinderella” and The Gun Club’s “She’s Like Heroin To Me.” The covers have the power and guts that this album has given us in spades. The band sounds as though they had never stopped playing together all these years and the dual vocals added so much to the songs.

Tough playing, vocals that are gruff when needed, and having saxophone on an album again just, made me so happy and filled my ears with joy. For a band that hasn’t been on the public’s radar for a long time, I hope that this album changes that. This is a mandatory release for those who want some old/new, punky/swampy music that will get into your soul and lift you up and put a smile on your face.