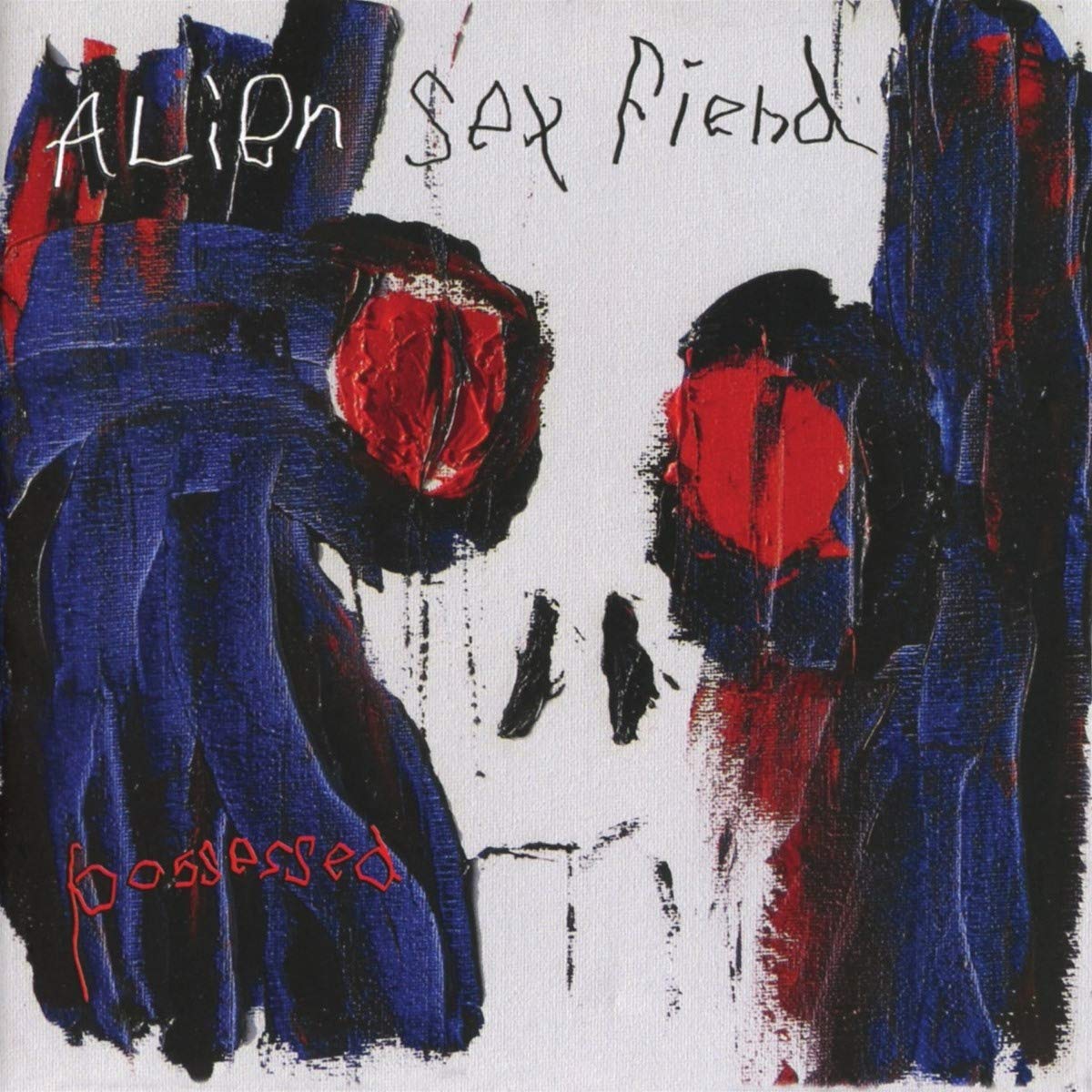 Alien Sex Fiend have been playing their goth-industrial mix since forming in London, England in 1982, and have just released their brand-new studio album, Possessed. This is the first new album since 2010’s hugely successful Death Trip album.

So here is a new album by Mr. and Mrs. Fiend, could you believe that when the Batcave started, that this band would still be around, let alone be this interesting still? I am glad that I’m not a betting man and also glad that they are still putting out fantastic albums like this. With a cool intro, we jump into the album and “Shit’s Coming Down” which has a trancey feel to the titled being sung over and over and the beat just flowing over the song. “It’s In My Blood” has distorted vocals, a throbbing beat and has a mellow, but edge to it that sends shivers up my spine. “Carcass” has the feel of a trance song mixed with a freak out going on at the same time…awesome! “Ghost In The Machine” is kind of a twisted spaghetti western mixed with ambient that makes for a strange, but a cool mix. As before, this is a machine that you can’t ignore. “Amnesia” is kind of minimalist and really stood out as an interesting song that had interesting effects and vibe. “Spine-tingler” is a short song with twisted vocals, then “Gotta Get Back” is a mellow track with quiet vocals that eventually gets a bit more full as more sounds start to enter and is a cool track that sounded great as the thunderstorm hit my area. “Invisible (The Beyond Mix)” reminds me of some of their older songs, but there’s nothing wrong with that at all! The interesting sounds mixed with the insane vocal from Nik just make for a song that made me hot repeat a few times. “Neutron” is an instrumental track that has a bit of twangy guitar and swelling synths that just reach for the stars and it almost has a hint of Pink Floyd in it. “Bloody Reprisal” is a version of “It’s In My Blood” that adds to the original track by being spacey and cool. Last track is “Shit’s Coming Down (Monster Mix)” that adds more effects, a thicker dance beat and more insanity that ends the album off perfectly.

The recording of this album had a very troubled bunch of circumstances that made what was supposed to be a quick follow-up to the previous LP Death Trip a very long journey. The death of guitarist Simon “Doc” Milton in 2012, as well as Nik Fiend being involved in a nasty car accident and Mrs. Fiend’s mother passing away, all took their toll on this album getting done in a timely manner. All I can say is that despite all of the hardships, this was worth the wait and is a fitting memorial to Doc and the Fiends commitment to great music. A band that is and has always been an original and just keeps putting out music that thrills.