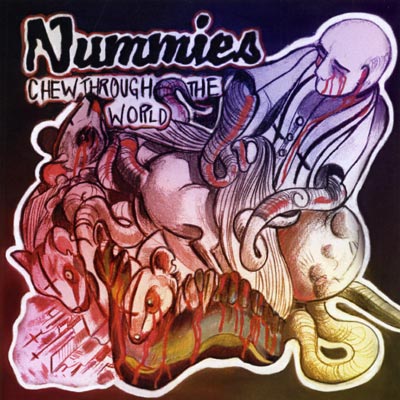 This Ottawa, Ontario hardcore band was around from June 2006 – November 2013 and is sorely missed. These four guys could just destroy it on this album and what a both sad and amazing goodbye.

With ten tracks of blazing punk rock, these guys have anthemic choruses, powerful breakdowns, furious drumming and intensely sung vocals that make it hard not to hit repeat on every track. The lyrics are actually quite well thought out and show a lot of thinking went into what they wanted to say, but thanks for the lyric sheet to help with the lyrics. The band is thrashing away and you would think that they might get sloppy, not too much,it is played loose, but not sloppy and with an amazing amount of power. This reminds me a lot of stuff that I would listen to that was never popular because it was real punk, not the glossy crap that it seemed everyone was trying to pass off as punk…and never fooled me. As on the second album of theirs that I reviewed, the playing is fantastic and just floors me.

I can’t recommend this any higher than saying that you need to get this if you say that you like punk rock. It’s a damn shame the good ones go away so fast…at least it was a nice corpse.