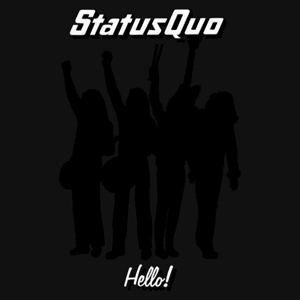 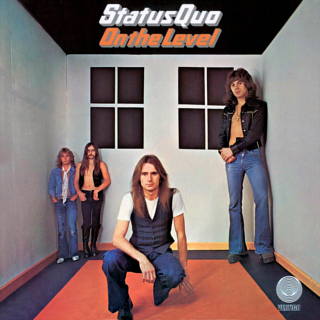 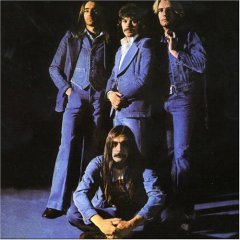 Status Quo are an English rock band whose music is characterized by their distinctive brand of boogie rock. The group originated in The Spectres, founded by schoolboys Francis Rossi and Alan Lancaster in 1962. After a number of lineup changes, the band became The Status Quo in 1967 and Status Quo in 1969.They have had over 60 chart hits in the UK, starting with 1967’s “Pictures of Matchstick Men”, and the most recent being in 2010, which is more than any other rock group. Twenty-two of these reached the Top 10 in the UK Singles Chart.

Culture Factory has remastered four of their albums to make them look like albums. with slipcases and even bonus tracks on all of them. Giving listeners the chance to hear these albums in clear, crisp versions is a real treat and makes the albums sound spectacular.

Hello! is the sixth studio album and was released in September 1973, it was the first of four Quo albums to top the UK Albums Chart. In August 1973 the only single from the album, “Caroline” was released, reaching #5. This was the group’s first single to reach the UK top five. Its B-side was a non-album track called “Joanne” and is included on this release. “Roll Over Lay Down” is a tongue-in-cheek lyrical paean to bed space. “Claudie” and “Reason for Living” have a country underbelly that was nevertheless part of Quo’s musical recipe. “Caroline” is perhaps the ultimate Status Quo song, a seemingly simple, catchy rock’n’roll song. Lastly, “Forty-Five Hundred Times” is the quintessential Quo tour-de-force, starting a bit jangly before proceeding into a propulsive, stomping song.

Quo is the seventh studio album by Status Quo from 1974, with the only track to be released as a single was “Break the Rules,” in April 1974, and it peaked in the UK at #8. On this album there is generally a harder edge to the songs and performances, with less emphasis on the more pop side of the band. “Break The Rules” is a chugging, bluesy, driving song with the instrumental section adding a honky-tonk piano solo, and a wailing harmonica. This is an album to please the rock fan, it’s an album that contains enough variation for a listener not to get bored, and instant gratification when you first pick up the disc. The CD also contains the bonus track “Lonely Night.”

On the Level is the eighth studio album and in November 1974 the band released the only single from the album, an edited version of “Down Down.” The single gave the band their only #1 hit to date. Its b-side was the Parfitt/Young album track “Nightride.” This album is one of the definitive Quo long players with every sound, from the opening bars of “Little Lady” to the closing Chuck Berry cover, “Bye Bye Johnny.” The album starts with “Little Lady” and “Most Of The Time,” the first one being a great heavy rocker, and the other one slower with more of a bluesy feel to it. “I Saw The Light” and “Over And Done” are catchy songs that stick in your ears. “Nightride” is slower in tempo,and it’s got a good solid groove to it. Then there’s probably the best-known track from the album, “Down Down.” The opening of the song is so recognisable and it’s one of those tracks that you can’t help foot-tapping along to. This is the album version which is longer and not as concise as the single version that most are familiar with. “Where I Am” is a lovely ballad which is much lighter in tone than the other more rocking tracks on the album. The album closes with the rocking cover of Chuck Berry’s “Bye Bye Johnny,” a key part of their live shows still. This release also includes the bonus tracks “Down Down (Single Version),” “Roll Over Lay Down (Live Version),” “Gerdundula (Live Version),” “Junior’s Wailing (Live Version),” and “Roadhouse Blues (Live Version).”

Blue for You is the ninth studio album by English rock band Status Quo, released in March 1976 and is both the last album to feature the “Frantic Four” lineup. “Rain”, the first single from the album, reached #7 in the UK charts after its release in February 1976. Its b-side was the non-album track “You Lost the Love.” The album was released the following month. It entered the British album chart at #1 and stayed there for three weeks, making it one of their most successful long players. An edited version of “Mystery Song” was the second single from the album and, released in July that year, peaked at #11 a few months later. “Drifting Away,” from their 1974 album Quo, served as the single’s b-side. In December that year the band decided to release a cover of “Wild Side of Life,” a song made famous by Hank Thompson and His Brazos Valley Boys. Its b-side was “All Through the Night,” which reached #9. “Is There A Better Way” has rolling bass, thrashing guitars and a very speedy little guitar solo which almost has the energy of punk rock.”Rolling Home” is another classic with dueling guitars, and wailing harmonica. Blue For You” is a restrained slice of blues/soul. “Rain” rocks really hard, almost borders on heavy metal in places. “Blue For You” retains all the crunch and pleasingly booming bass of all the other songs that came before. “That’s A Fact” has a terrific groove,  “Ease Your Mind” is a great blues boogie song , and “Mystery Song” closes out the album with another great track. The bonus songs on this CD are “You Lost The Love,” “Mystery Song (Single Version),” “Wild Side Of Life,” “All Through The Night,” and “Wild Side of Life (Demo Version).”

If you are a fan, you need to get these great looking and sounding remasters, and if you want to hear a band on top of their game, you definitely have to get these CDs. The sound of a band being everything that they could be and more, now with awesome sound and very collectible.