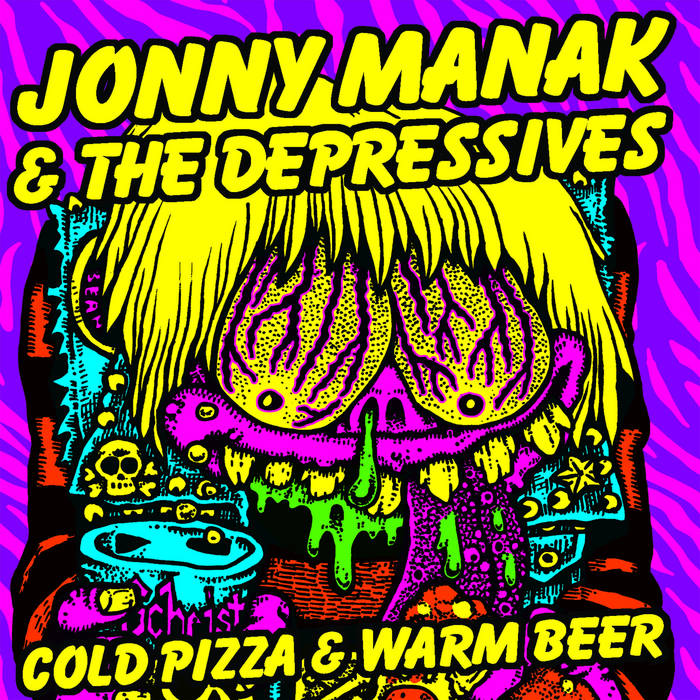 San Francisco’s punk n’ rollers return with album number three, Volume.3. Twelve new tracks that they’ve bashed out so you can bash around the room while listening.

From the instrumental opener “Mors Non Separabit,” through the excellent “Blondetourage,” the band hits you hard and wants you to commit to them, just as they are committed to giving us a kick in the pants. “”Deadman (2015)” is a hard-hitting song that makes you want to get up and shake your ass. “Heart on the Floor (Original),” is a cool ’50s sounding track that fits into this album of heaviness with its slight change of pace. “Big Sky Fire” and the stomping track “Vallejo” are a couple of tight and blasting songs. The reprise of “Heart on the Floor” forgoes the ’50s sound of the original for a full-on blast of punk. The band just keeps the amazing tracks going and you keep getting drawn into their whirlwind of sound.

A great return from a band that just gets better as they go along. An album to be played over and over again, until your neighbors know the words too.

Peter Pan Speedrock is a Dutch band from Eindhoven. They were founded in 1997 by guitarist Peter van Elderen, drummer Bart Nederhand and bass player Bob Muileboom. Later on, Muileboom was replaced by Bart Geevers,who would become a permanent member.

The band gives us a nice mix of Motorhead in overall heaviness along with the vocals, The Damned (they cover “New Rose”), and bands like Speedealer, and Nashville Pussy. This is definitely an album that dares you to ignore it…you just can’t since they hit you in the nuts repeatedly on every track. There are no tracks for me to recommend…the whole thing is one blazing inferno that must be experienced. The playing is tight, and the gruff vocals really give the album a dirty feel that suits it perfectly. It hasn’t been over produced, but it’s just done enough to give it clarity, but keeps it gritty sounding.

This is just a terrific album that really begs you to crank it up and piss off your neighbors with it. Grab a copy and have your ears thank you for taking care of them.