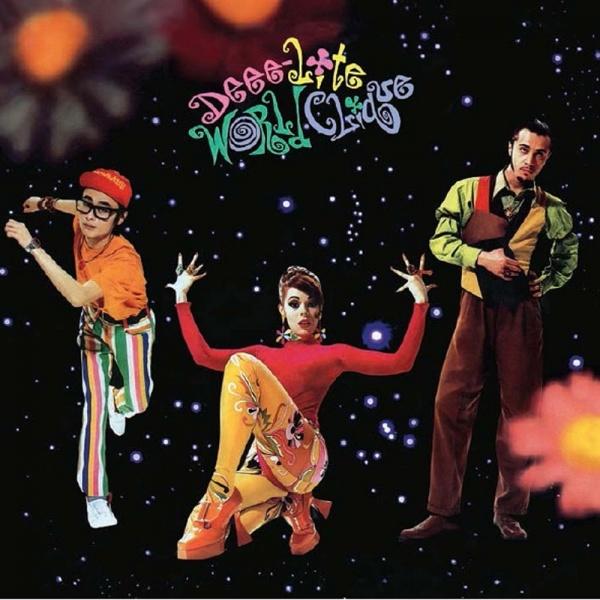 Betty Boo’s original breakthrough came with the release of “Hey DJ / I Can’t Dance (To That Music You’re Playing)” as The Beatmasters featuring Betty Boo on Rhythm King in 1989. Her debut album Boomania followed in 1990 peaking at # 4 in the UK album charts and achieved platinum status of 300,000 sales. This Deluxe Edition includes the twelve original album tracks, plus fourteen bonus tracks, it has been remastered using original master tapes, and the sixteen page full color booklet features an expanded design of the original artwork, extensive sleeve notes written by Michael Silvester and a full UK discography featuring Betty Boo’s front cover images.

I had originally heard the Beatmasters featuring Betty Boo, and was intrigued when the news of her own album was first put out. I had been into house for a while and was looking forward to her album. The good news was that it was every bit as good as her song with the Beatmasters and actually improved on the sound by being even more infectious and attention grabbing than before. Of course you get the hits “Hey DJ / I Can’t Dance (To That Music You’re Playing),” “Doin’ The Do,” “Where Are You Baby?,” and “24 Hours,” but the crazy amount of remixes makes this a treasure trove for those that wore them out back in the day, or couldn’t find/afford them all. The mix of pop, rap, and dance/house kind of dates the music, but if you were there, it sounds glorious to your ears still. It just shows how the charts actually had a mix of music back then, as well as happy music mixed in with the dour sounds of grunge, or what the media was improperly calling punk back then. The songs and the videos had a sense of sixties kitsch to them, and the hooks were huge, so big that just the titles on here alone will make the song creep into your head again and get stuck all day. The remastered sound is cleaner and clearer, adding to the sounds and effects on the album, and giving it a touch more depth.

The great mix of styles, the hook laden tracks, and the pure fun of this album will make you smile and dance a hole into your carpet. It brings back the fun and the excitement of youth, not just your own, but youth in general, hearing the songs again, or for the first time for the curious. This truly is a treasure trove and will be getting lots of plays around my house.

This is the long-awaited reissue of Betty Boo’s second album Grrr!, a whole twenty-four years after its original release. This Deluxe Edition includes the ten original songs, plus twenty bonus tracks all sourced from the original master tapes. The CD booklet features the original album front cover plus extensive sleeve notes and a UK discography. Betty Boo’s original breakthrough came with the release of “Hey DJ/I Can’t Dance (To That Music You’re Playing)” as The Beatmasters featuring Betty Boo (real name Alison Clarkson) on Rhythm King in 1989. Her debut album Boomania followed in 1990 peaking at #4 in the UK album charts and achieved platinum status of 300,000 sales.

This second album had a more mixed bag of sounds than her first album, more jazzy and of course the rap and house music that she’s known for. “I’m On My Way” is a peppy little dance song that includes a jazz horn section that turns into The Beatles’ “Lady Madonna.” The actual horn section on the original version, led by Ronnie Scott is playing on this track. The next song “Thing Goin’ On,’ has a jazzy backing, and her rap flowing effortlessly. “Hangover” which was another single, is a mid-tempo, hip-hop shuffler that is built around an orchestral sound that sounds like it could have come right out of a spaghetti western. The album also has the catchy “Wish You Were Here,” and “Gave You The Boo,” to keep the dancing and party going. The remixes are a real treat on here with “Hangover” including the album and 12″versions plus the Streets Ahead remixes – Saturday Night & Sunday Morning. The Sunday Morning remix was previously unavailable in the UK. “Thing Goin’ On” includes the album version, the radio remix, club mix and the Underground mix by US DJ/Producer MK (Marc Kinchen). Three of these mixes were previously unavailable in the UK. “Catch Me” includes the album and David Morales’ 12″ version, also the original version and the London Underground mix feature. Three of these mixes were previously unavailable in the UK. The remastering of this album makes it sound fuller, more clear and crisp than before.

An underrated and lost album that although isn’t as immediate as her first album, is still worth looking for and exploring. The songs are fun and make for a great listen, grab this one and re-live the early 90s.

The Berlin trio’s installment of the DJ-Kicks series was recorded in one day, out of hours at Berlin’s legendary Watergate club, using only vinyl and dub plates. “We didn’t want to record it in our studio or at home, mainly because we preferred an intense session with limited time,” explains Paul Frick. “That feels more like a unique situation and it enforces the tension and the necessity to do it right. Because we mixed it live there are mistakes and flaws, some rougher transitions in there. We are not super technical DJs. We like it when you hear those imprecisions because it’s human. It feels like someone is behind the mix, rather than a computer.”

That makes this feel more like being in a live setting, nothing is ever perfect and the glitches don’t take away from the experience, instead it enhances it. Brandt Brauer Frick wrote three songs for the mix: “Bommel,” “Out Of Tash,” and “Hugo,” the last being an exclusive track. Five other artists also wrote tracks for the album as well. This mix shows the German trio playing twenty-eight songs like I do excitedly sharing new records with my friends. You get ambient, faster dance songs, dub, and a whole lot more all mixed together and made to create a texture and vibe that just grows on you the more you get into the album.

I’ve never been a fan of DJs, I prefer people creating music to just playing music made from others (and I’m a DJ…lol), but this has their own music, as well as a ton of energy and skill that made for a great listen. I now have some artists to look around for, as well as this talented trio’s music.