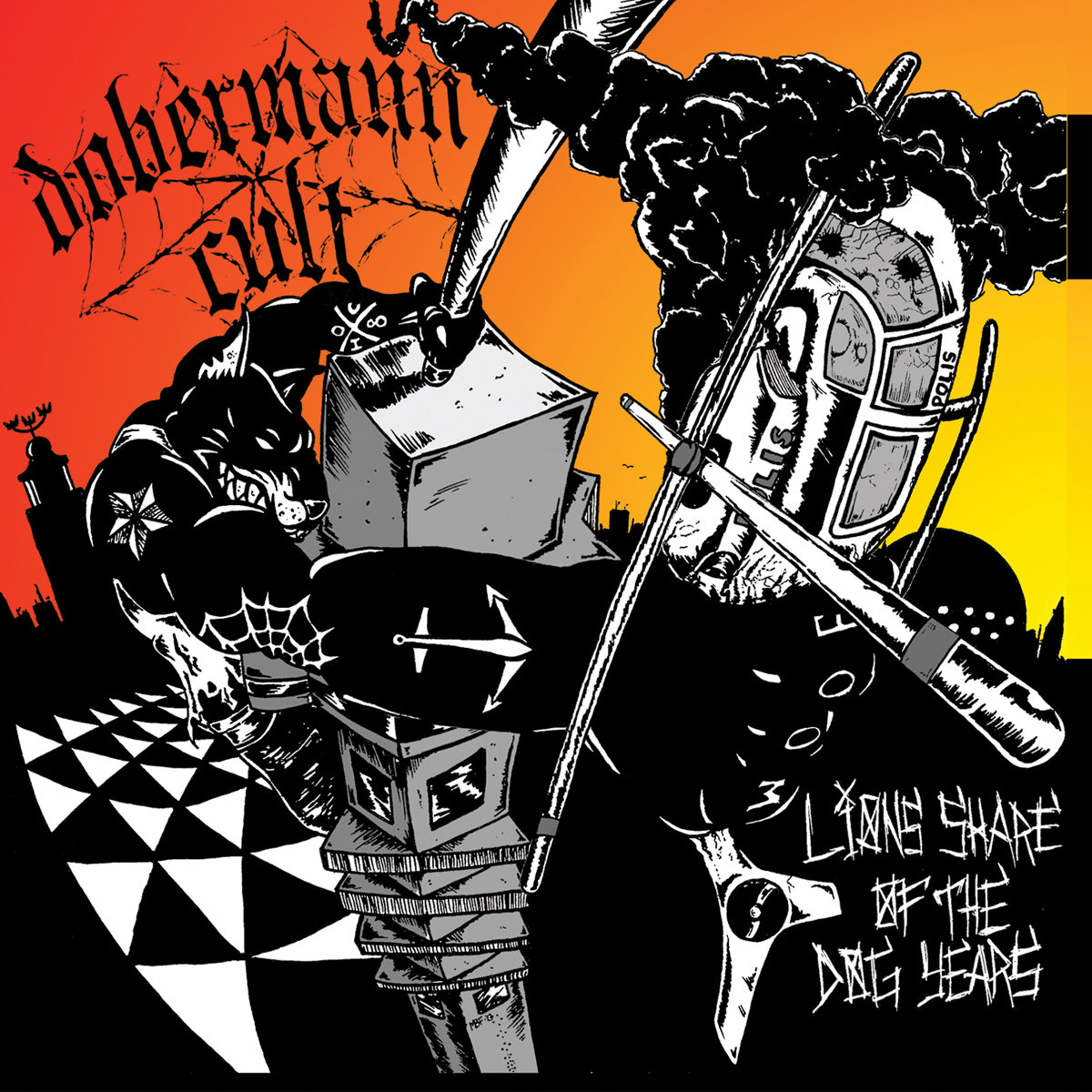 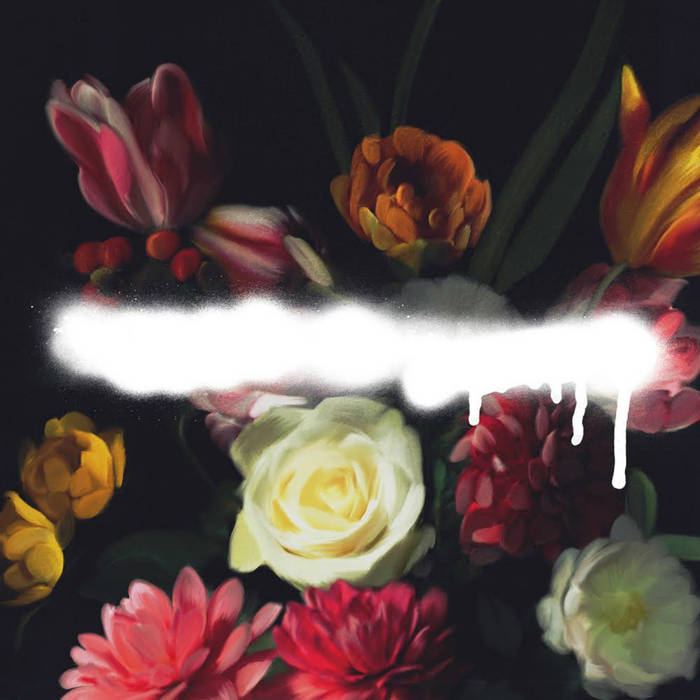 This band from Sweden lists themselves as “rock” in style and yes, it is rock, but it also has a nice touch of alternative, but not the crappy stuff on the radio, more lick the stuff that was on the radio back in the late ’80s and early ’90s. The kind of music that covered rock, new wave, and a new twist on rock just like The Levellers, Sisters Of Mercy, and even way back to Joy Division.

The styles of this album are mixed together to complement one another and give the band a style all of their own. From the first note of the opening track “The Knife Digs Deeper” to the finale of “Spread the Ashes,” you get hit with powerful songs and energetic playing. With post punk rhythms, and soaring chorus’, it feels as though every track is an anthem, or should become one. “No Future” has a nice Iggy Pop vocal touch and punk rock feel to it, plus great background vocals to be one of the highlights of this album. I was just amazed at how this album has a timeless sound to it, it could have come out in the ’80s when post punk was huge, it could have come out when the goth powerhouse bands in the late ’80s, early ’90s were pumping out classics, and it sounds fresh today. The band shows just how skilled they are on track after track, giving their all in every note, and the vocals are so emotive and powerful that the album sends shivers down my spine.

I was more than shocked to hear an album that blows away the competition…what competition, these guys stand on their own. If this is only their second album, I can’t wait to see where they go and grow from here.

Situated in Stockholm, Sweden, this band plays high energy punk rock with a ton of energy and excitement. Both songs are full of hooks and will make you play them repeatedly.

The band puts out a glorious racket that has a bit of chaotic drumming and singing that are mixed with excellent guitar playing and steady bass playing all holding it together. Both songs are fun with the playing just a bit sloppy, giving it a live in the studio feel to it. This is the second release that I’ve heard of theirs and they really impress me more and more with every new single.

Another great single from this band that will be a fantastic addition to your record collection. Somehow, this label finds all of the great bands in Sweden.

This band from Malmö, Sweden just keeps making me love them more and more with every release. More punky new wave with a dash of ’60s thrown in.

The male and female vocals mesh together perfectly on these two upbeat and danceable songs. The band plays with a sense of urgency and fun that’s totally infectious, and the organ adds so much to the songs. As with all of their songs that I’ve heard, the quality is outstanding and just puts a smile on my face and makes me happy.

You need to get this band’s music, they are a true gem and I’m so glad that I’ve been able to find them. I’ve got such a crazed love for this band and will try to get all of their releases…you should too!

This female fronted band from Göteborg, Sweden plays catchy garage punk with a nice touch of pop mixed in. Vocalist and guitarist Johanna Hellqvist has a voice that reminds me a bit of JOAN JETT in places, but still keeps sounding fresh and nowhere near being a copy, but the timber is there.

These four songs have a nice crunchy and tough sound that give them a nice edge. The guitar playing is top-notch with some jangle and nice leads, the drumming and the bass mesh together perfectly, giving the songs a bit of a swagger that gets you moving. It’s nice that the bass is mixed in loud enough to be heard and it really gives the songs a lot of depth. The songs are just a touch sloppy which gives them a fantastic live feel to them, not sterile and pretty, but tough and meaty. Every one of the songs is a winner on this four track E.P.

I’ve listened to this a lot and it just seems to get better the more that I play it. Grab a copy and play it loud and get them to make more music in the future because only four songs isn’t enough.

REVENGE are from Malmö, Sweden and have been together since 2008, with past and present members of SATANIC SURFERS, VENEREA, INTENSITY, SKITKIDS, and ENEMY ALLIANCE. These eleven songs on their debut album fly by in under fifteen minutes and show how old school hardcore still matters.

These songs blow past you so fast that you automatically have to listen to them again, nice trick, getting people to re-listen to your album because of the short songs. The good part is that the songs are tight, no frills hardcore that will get you shouting along and have the pit jumping. A great set of songs that are full of energy, melody and power. Great thick bass, nice riffs, strong drumming and clear shouted vocals.

All of the songs are solid, the band rips and the album is a winner, really, what more needs to be said other than go out and get it!

A really good two song single that has some nice punky rock going on, with the vocals up front and although I have no idea what they are because I don’t understand Swedish, I still wanted to sing along with them, it’s that catchy.

They add in a trumpet that adds a lot to their music, a bit more depth than the average band, nice guitar work, good low-end on the bass and the drummer really shines on this single with some really nice work bringing this all together. This single is too damn short, you really start to get into it and then it’s over, one bad thing about 7” singles is having to get up so often when they are this short, but I can forgive them because of how much I liked it.

The production was good, the only thing was that the mix should have been a little more balanced, with some of the instruments a bit buried, but it really didn’t take away my enjoyment of the single at all.

Talk about bringing the rock, this band really knows how to bring it, and bring it damn good.

These two songs blow away a ton of other bands that try to play rock, some crunchy guitar work, great drumming and bass and the vocals are a combination of Darby Mills from the HEADPINS and GIRLSCHOOL. I was floored when I started to listen to this; this was so above what I thought it was going to be like, especially because the cover was not letting me know how good the inside was going to be. This band really has that old school hard rock sound from the 1980s and they just rock the hell out of it.

This is possibly one of the best hard rock bands playing that no one knows about, that has to change, go grab this and any other releases of theirs that you can find, I know that I’m going to be looking for more by them.