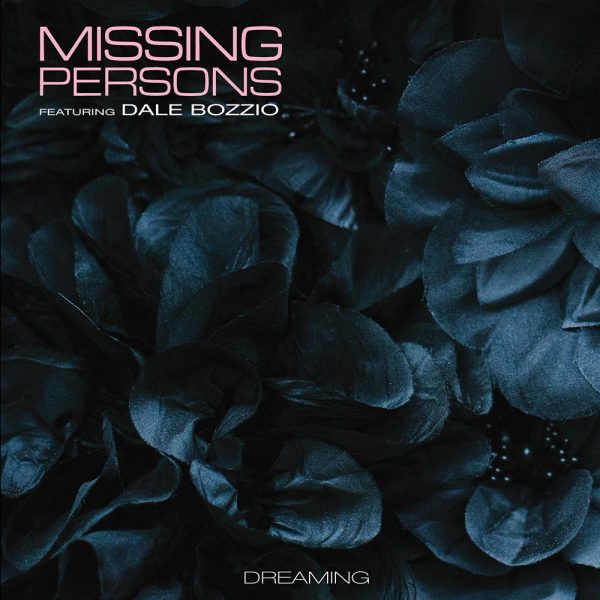 Missing Persons was such a big part of the early ’80s for me, with Dale Bozzio’s style, unique voice and the amazing songs…I was an instant fan. Of course, being a teenage boy, Dale was a big reason I loved the band…I did mention her style, right? Anyways, there is a new album out and let’s get to it.

You get twelve songs and three are originals with covers of The cars, The The, Joy Division and others. Starting off with the cover of “California Dreamin'” all I can say is wow! Her voice is amazing and the band keep the tempo down and it flows so well. New songs “Lipstick” and “Dreaming” are fantastic and I had to hit replay on them to hear them right away. So slinky, sexy and perfect. “We Gotta Get Out of This Place” made popular by The Animals is played slow and similar to the first song and is another cool version. “This Is The Day” originally by The The is a winner sounding as good as the original version and is very ’80s sounding. “Images In Heaven” by Peter Godwin is a peppy track that I really enjoyed and takes you back to the early ’80s with the sound of Missing Persons from back then. Strawberry Alarm Clock’s “Incense and Peppermints” is another fast-paced cover that really works and sounds like it could have come out in 1982.

All-in-all, a great return from an artist that I had hoped would put out something new after seeing her in concert last year for the first time ever. This will fit in perfectly with the earlier albums and will be one to play the hell out of. Great album, thank you for making my wish come true.

This band from Pavia, Italy has been around since 2015 and has put together their new album of instrumental prog rock. Basically, a duo, Jacopo Bigi (acoustic and electric violin), and Paolo Fosso (piano and keyboards) have added a bunch of people to this album to give it the sound that they were striving for. The album also includes Colin Edwin (bass), Giacomo Lampugnani (double bass), Corrado Bertonazzi (drums), Maria Chiara Montagnari (voice), Diletta Fosso (child’s voice), Marcello Rosa (cello), Quartetto Indaco (string quartet): Eleonora Matsuno (violin), Jamiang Santi (violin), Francesca Turcato (viola), and Cosimo Carovani (cello), and finally Jacopo Bigi also plays viola, and ukulele on “By the Waters of Babylon,” whistles on “Freaks” and plays both violins and viola on “A Playful Day.” Whew!

As you can see, what a group of people on here, and not totally instrumental, but vocals used very carefully and sparingly on the album. Starting off with violin and sweet vocals, the album gets going to a great effect with added piano and then the band kicks in and get things going in a rock-oriented vein that is catchy and thrilling. The instrumentation on this album is just unbelievable, with so much going on and in such different ways that the blend is simply intoxicating and will give you goosebumps. The album has a beautiful flow to it, going from one song to the next and carrying you on a journey that you never want to end. The production is perfect, giving the sounds the space that they need to be heard and having fullness to the mix.

This band is unique and will have you wanting more and more from them as you listen to the haunting sounds they produce. This is something special that you won’t find in any other band, they have hit the jackpot on this one.

Thor started out as a concept band in 1973. They used the names “Thor,” “Centaur” and “Mikl Body Rock.” These entities were the brainchild of Jon Mikl Thor, a vocalist, musician and body building champion who won titles such as Mr. USA and Mr. Canada. He decided to combine muscle with music and in 1977, they released their debut album Keep the Dogs Away.

This is a remastered and greatly expanded version of that debut album, one that I remember seeing not long after it came out in a record store and bought it because it looked cool, at least to a younger me, and my mom loved body builders and Dobermans. I took it home, showed my mom who loved the cover, loved the cover…she really did, and put it on. It was a bit lighter in the metal, but still had a cool hard rock sound that we both liked a lot. The title track really stuck in my head, from then until I got this CD and heard it again. My mom owned a sub store called Trudy’s Subs and she put that poster up in her store, lots of people bought food there, so I’m sure she helped sell a few copies of the album with her poster placement. So now I sit and listen to the album again after all these years and I’m surprised that it still sounds good, a bit of the times, but still has the hooks and the fun that carries it. I was really surprised at the bonus songs the most. If you just listen to the regular album, it’s full of catchy hard rock, but the bonus songs are a mix of glam rock and punky new wave. I loved the bonus disc so much because it gave me a new side of Thor that I never knew and these songs are amazing. The playing is tight, it sounds like everyone was having fun and the songs could fool people into thinking that they were underground hits back in the old days…lol. The remastering is fantastic with the sound being clear, and clean, the booklet has pictures from when the album came out, information about the album and…a reproduction of the poster that captured my mom so long ago. Not only do you get two CDs, but you get a DVD with a concert from 1980 that is fun to watch. How can you go wrong?

I really am happy that this has been released again, and with so much added to it, giving everyone a chance to see where Thor came from. This brought back great memories for me, hopefully if you are a fan, it will for you as well, and if you are trying just curious, grab this one today! This is a thunder-god that will slay you with melody, not lightning…thank Odin for that! 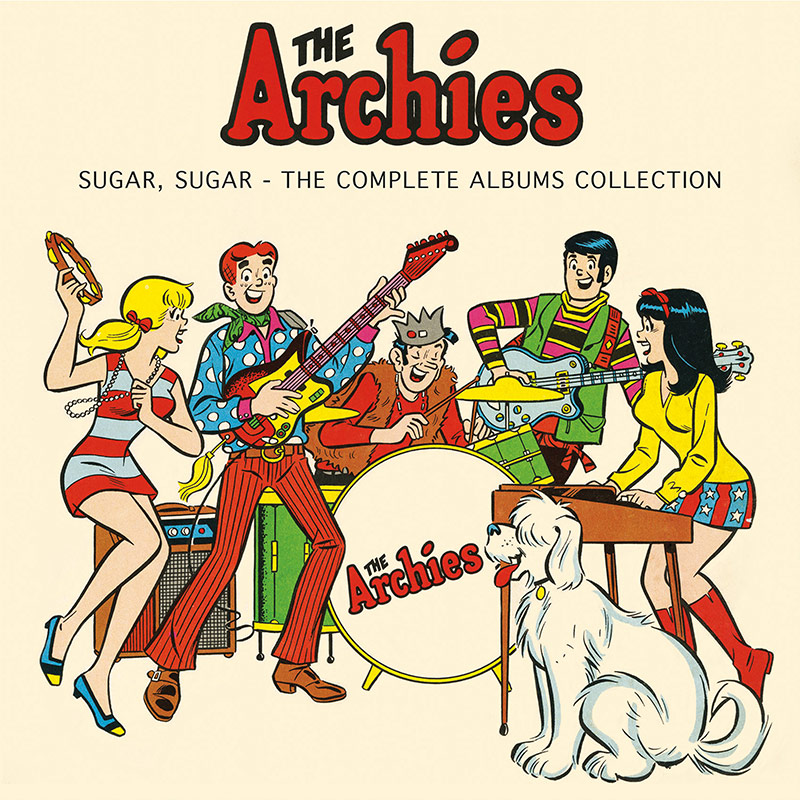 Finally, all five of The Archies albums are released on CD for the first time which will make fans quite happy. I was, and still am a fan of the comic books and I owned two of these albums on vinyl way back in the old days. The sad thing about this collection, which I have only as a download, so I can’t comment on the booklet, is that they are sourced from vinyl, not remastered. You would think that such an undertaking would have them doing that one step to take this over the top.

Well, onto the music, which is a delight, a complete joy to listen to and will put a smile on your face and get your toes tapping and you will sing along, yes you will. Of course you get the huge hit “Sugar, Sugar,” but there is so much more on her besides that. “Jingle, Jangle” is every bit as good and I love that damn song. The songs are of course bubblegum, and I have no problem with that, but they also went a bit weirder and got into social statements as the albums progressed, so take that people who dismiss this band. Other standout songs are “Archie’s Theme (Everything’s Archie),”  “Feelin’ So Good (S.K.O.O.B.Y.-D.O.O.),” “She’s Putting Me Through Changes,” “Get on the Line,” and “This Is Love.” The male vocals for the group were provided by Ron Dante, who started his career as a member of the Detergents who did “Leader Of The Laundromat,” and was also the voice of  The Cuff Links. The albums truly are a delight to hear again, and not just have a greatest hits collection that just gives you a few songs, this gives you all of them and you can hear the band progressing and changing. Maybe they never rose to the heights of “Sugar, Sugar” again, but this is definitely not throwaway music, this is a bit of history that will never be repeated, a time of crazy pop music aimed at kids that grew up and still sounded great.

While maybe not the perfect box set, this is a pure delight that will give you smiles and if you were there, memories that will come back to you and make your heart happy. In these strange times, isn’t something that makes you happy worth owning? I think so.