Hamilton, Ontario’s BORN WRONG has just released a new four song single that carries on the great hardcore sound that they laid down on their previous split single and takes it up a notch. The political and angry lyrics just speak volumes to you, telling you just how fucked up things are and getting you to think.

First song “Torch The Place” gets the gritty hardcore going with a bang. The screamed lyric “Crisis” just gets your blood pumping, the throbbing bass, and the punishing drums added to the guitar playing just makes this the perfect start to a single that doesn’t lag once. “No Etiquette” just barrels past so fast and angrily that the intensity is almost overwhelming, “Always Here To Help” rails against the police and the false sense of friendliness that they try to put forward and really gives you a taste of how BORN WRONG feel about the cops, and finally “Wage Slave” smashes you in the face like a brick with the speed and bile spat at you.

This blitzkrieg of a single brings back to mind the good old days of hardcore, before it got taken over by tough guy posturing and mediocre playing, these guys fucking mean it maaaaan! Buy this, go see them live, buy their merchandise, go buy me some of their merchandise, just support the hell out of this band.

I had the great pleasure to do an email interview with a great hardcore band from my hometown of Hamilton, Ontario Canada. Yes, hosers from the Great White North!

They are politically motivated and really pissed off at a lot of things like religion, war and people’s apathy about things going on in the world today. They put out their debut split vinyl release with Kleins96 on Rebel Time Records released in 2012, and it’s a great release…go get it!

Check out their websites and their label’s.

What/who got you into punk at first?

S- not really sure… I was always a weird kid… especially in elementary school…it seemed different from all the regular stuff I was used to hearing/seeing.

J- Refused is who did it for me. They were the first band I heard who didn’t just have songs about love or partying. They opened my eyes to a lot of music, ideas, issues, politics, etc.

What styles/types of punk did you listen to at first and do you still listen to those types/styles today?

S- tonnes of dead kennedys, misfits, propagandhi… pretty popular bands for punk at the time… didn’t really dig to deep until after my first years of highschool. Got into oi for a while in highschool as well. I still listen to some of it.

M – In grade 7 I became enamored with Rancid and spent all my time learning Matt Freeman’s bass parts… then started checking out other bands and branching out from there. 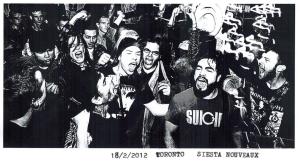 S- I was in a punk band with some friends when we were 15 called blindfold-carl… I personally never got super serious about a band until this one to be honest.

Brandon – I was in a band called Die Hard Losers that played with blindfold carl a few times. I can remember a backyard show where a drunk Scott stumbled up to me and professed his love. We had no idea our paths would cross again. I was in Vatican chainsaw massacre briefly.

M – too many to list. But about 5 years ago I was in a band called Chicago Gang Wars that played a show with CJ’s old band Slides in Burlington. It’s an oddly vivid memory.

S- Cj and I have been friends since we were 15 or 16… played in one punk/indie style band in high school and probably should have ever since but I took a long break from music until I turned like 20? Brandon was in bands around Hamilton for a while so we knew him from that scene. Fong is Cj’s good buddy’s brother who happens to love punk rock and rip bass. John just joined the band. He’s in another Hamilton hc band called debt’d.

B- I remember hearing about born wrong and checking out their website. I was instantly floored by them and started a punk band to play with them… and then they asked me to fill in on drums, obviously fearing the competition.

M – I hadn’t played in a punk band, or really even listened to punk in a while, but when CJ asked me if I’d be into playing and coming out on tour, it just seemed like a good idea. When I heard the recordings later that night I didn’t have to think twice about joining up.

J- A friend of mine showed me Born Wrong and I listened to it for days. I then went to see them at a house show (coincidentally with Brandon’s other band) and I was in awe. But I believe Kelsey from Snake Charmer, who knew me from Debt’d, referred me to Scott. So when Scott asked me to join, I naturally jumped on the opportunity. 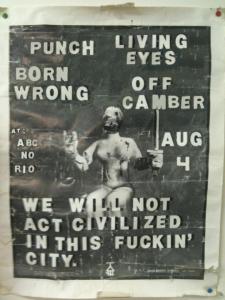 S- believe it or not I work with kids haha. I work at 2 different community centers in Hamilton. One part-time while I’m at school and another every summer where I work at a breakfast club and work at an organic garden. None of the kids are allowed to hear our band. They’ll throw their lives away.

M- I work at a print shop that has a bit of a focus on music… CD duplication, packaging, etc.

J- I work in a warehouse

S- its somewhat collaborative… Cj and I put together our riffs and I write the lyrics… Brandon writes the drums… john just joined so he’s not allowed to do anything yet and Fong is way to busy eating Gelato.

B- From an outsider’s perspective, the way the two of them put songs together is awesome. Scott writes ridiculous ripping riffs and CJ refines and crafts them while injecting his own twisted riffs into the mix.

S- an excruciating one

S- a mix between politics, personal feelings. I write about politics just because I’m always reading and writing about them and feel strongly about some things. They’re important to the lyrical content but also aren’t exactly

How long are yours tours?

S- Not long enough. Ha-ha. The one tour we’ve done so far was a week and a half in the US and a week in Canada, mostly Quebec. The tour we’re going on in May will be almost three in the US. 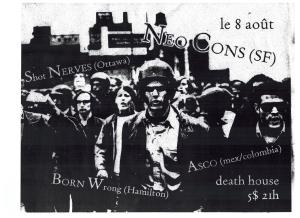 S-Always playing shows with our Hamilton friends in Snake Charmer and with a great band out of London called The Syndrome pretty often. When we toured we played with a lot of rad bands. Ancient Filth, Neo Cons, Punch and a whole bunch more

S- my favorite was the show with Neo Cons at death house in Montreal. Also maybe the show we played at the Digby house in Windsor. Steve from Windsor who lives there is one rad dude for real.

B- the neo cons show is definitely up there for me too. Non stop somersaults. 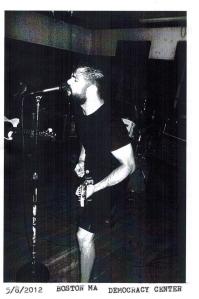 S- weekly… we had to lay off writing for a while because we changed our back line… and then added John. We’re back on track now just demo’d some new stuff.

S- Heretic a new one.

Any bonehead violence/attitudes from so-called fans?

S- not really bonehead stuff… there are always people criticizing any band who says anything political… its usually people who agree with us that oddly enough try to make waves or point fingers.

J- Steamwhistle for sure 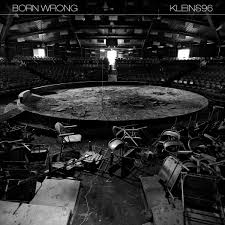 How long did the recording of the ep take?

S- the new one took a month or so just because we did it with Mike Fong at MCS studios in Toronto so we’d have to keep going back and forth from Hamilton to Toronto. The split EP took a weekend to do at Boxcar Studios in Hamilton.

Stories about the songs on your ep?

S- I think they speak for themselves… I never really write to cryptic.

How did you pick the songs for that release?

S- ha-ha they were written.

S- In April we’ll be releasing a self-titled 7”… really stoked about it.

S- There is 10” split with a band from out west called Kleins 96. You can get it from us or order it online from a few sources. 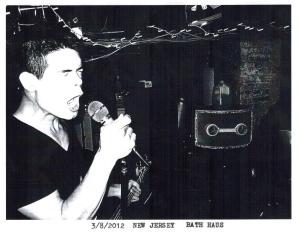 M- we have shirts and pins, yeah

B- I think we’ve all released tapes and stuff.

M- a Blastronaut EP is coming out in March.
S- that’s what you think

S- going to the US east coast in May again. Going to be in Ohio for a couple shows… we didn’t go there last year… otherwise it’s the same route just more shows.

Anyone vegetarian / vegan, why or why not?

B- I think Fong is on a strictly gelato diet.

M- I’m vegan, so gelato and cardboard. That’s all we are allowed to eat, right?

Anyone political, why or why not?

S- I always try to support organizations in Hamilton that I have similar politics with. Common Cause, an anarchist group out of Hamilton does a lot of rad work. Check out their publication “Linchpin” if you get a chance. I’m not as involved as I’d like. They’ve got some cool stuff going on though. 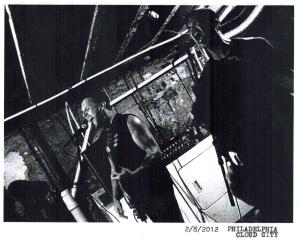