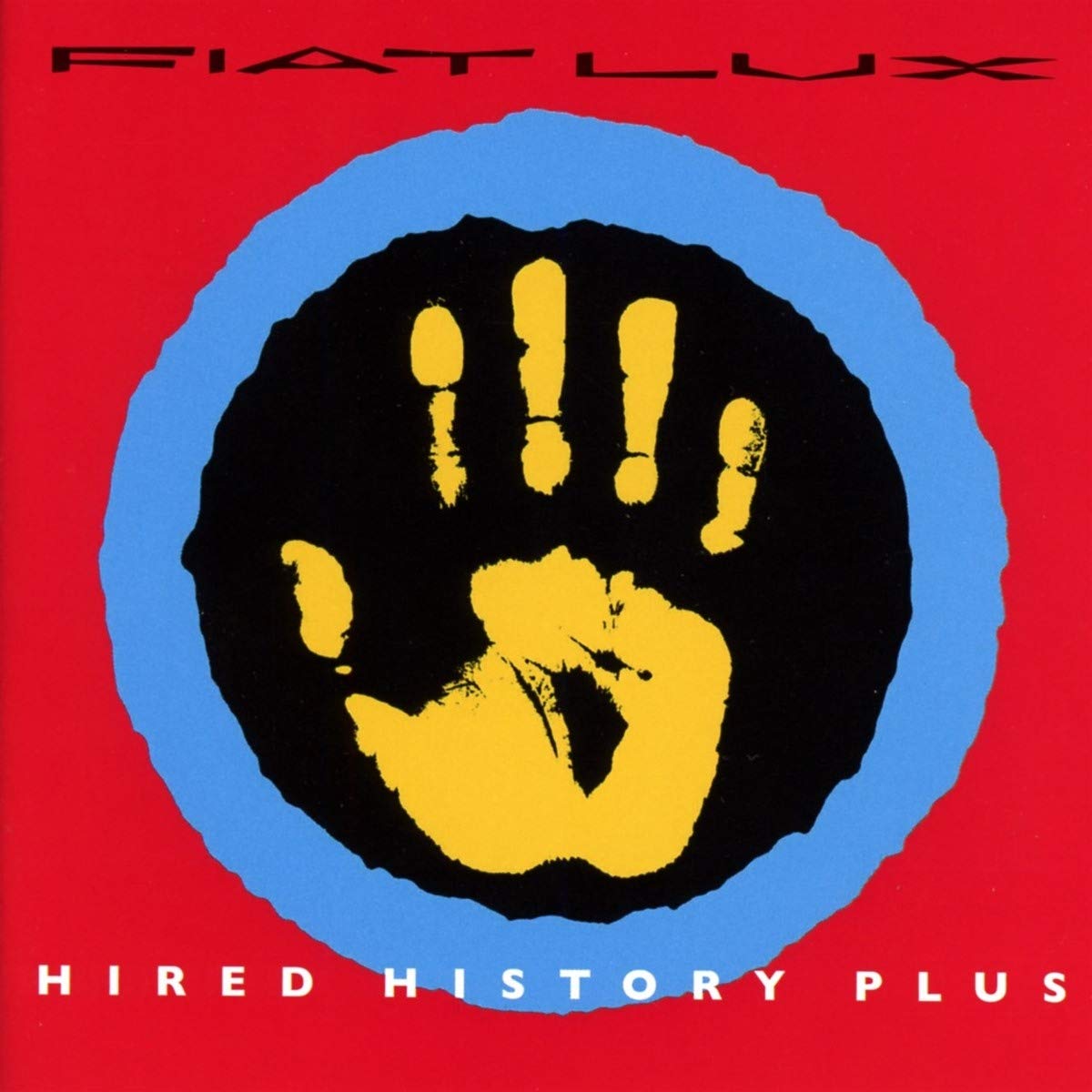 This 2 CD collection brings together the entire 1980’s recorded output of synth-pop pioneers, Fiat Lux. The original Hired History album and all of the bonus tracks are appearing on CD for the very first time. Fiat Lux hail from Wakefield and were formed by Steve Wright and David Crickmore in 1982 with Ian Nelson joining soon after. The band released 5 singles for Polydor Records dating from August 1983 to January 1985. The band enjoyed minor hits with “Secrets” and “Blue Emotion.”

As a fan of synth-pop, I was a fan of this band back in the early 80s and had trouble finding their releases back then. Not very easy to find and I just gave up since even news about them was impossible to find. To my surprise, they have been collected and have finally been given the respect that they deserve…many years later. The remastering is great since Cherry Red sourced and re-mastered from the original production master tapes after months of searching tape archives and exhaustive listening sessions to trace the correct versions. So we can finally hear just how great the songs are and get them all collected here. With remixes and a couple of unreleased Bill Nelson versions, this is a great CD. Disc 1 features the band’s commercially released tracks including the band’s debut single for Cocteau Records and the five released by Polydor over the years 1982-1985. Disc Two is the lost and previously unreleased second album Ark Of Embers as the band originally intended it when it was made with producer, Hugh Jones. This album shows that the band got ripped off by the record company because it’s a great addition to the songs you already know. The CD booklet features the original album cover plus extensive sleeve notes written by band members Steve Wright and David Crickmore telling the band’s story from a unique perspective. There is also a foreword written by the producer, Hugh Jones.

A collection that I never thought would come out, but to my surprise, it’s better than I thought it would be. Great songs from a very underrated band. 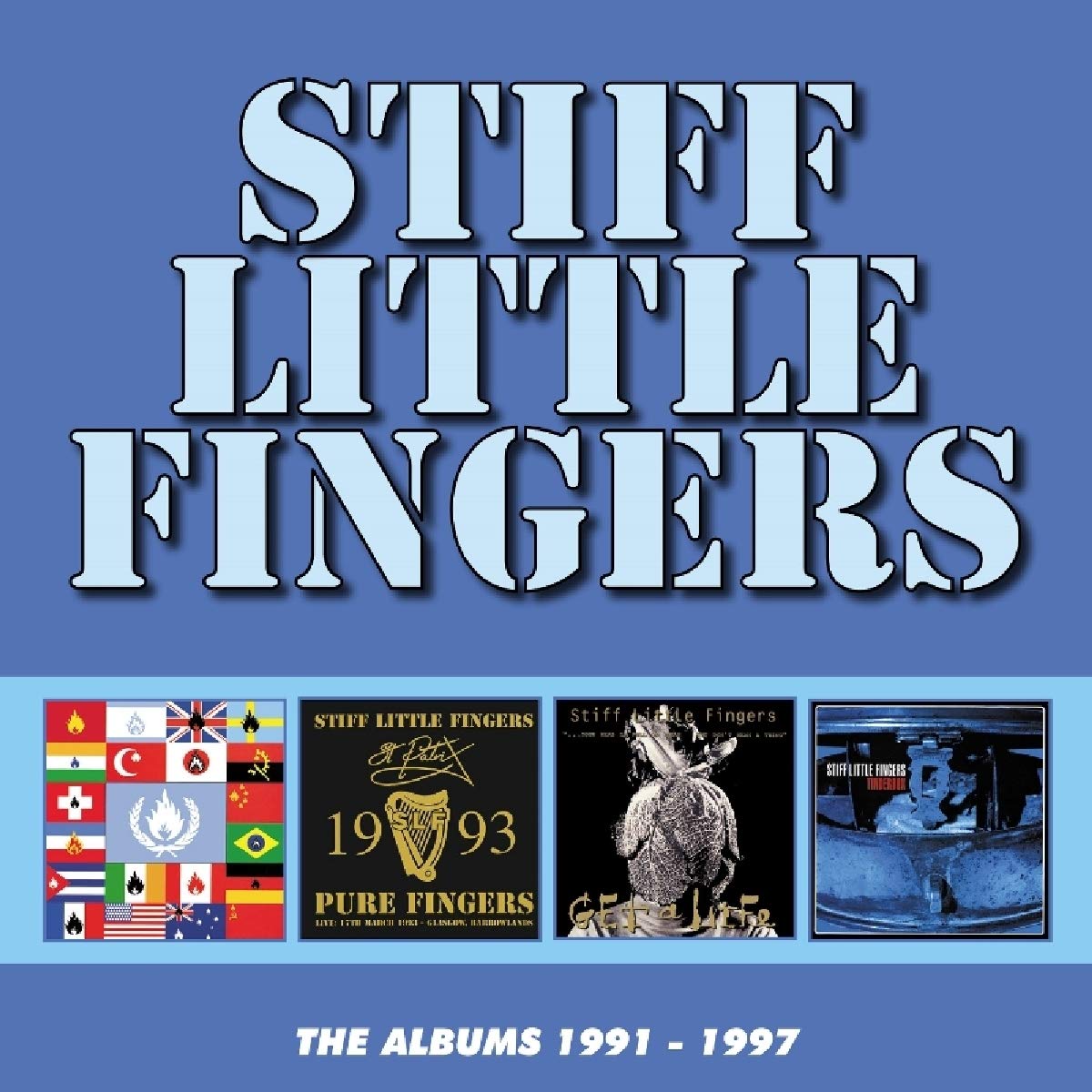 This 4 CD 64 track clamshell box set covers the albums issued by Punk legends Stiff Little Fingers between 1991 and 1997. While not being the classics that they put out when they first got together, these are still strong albums that kick-ass compared to the tons of weak albums released the same time these were released.

Disc 1 is the band’s comeback studio album after breaking up for a time. It was the first to feature ex-Jam bassist Bruce Foxton. Includes the single “Beirut Moon” that was deleted since it was too provocative for the taking on of the government. It also contains great songs like “(It’s A) Long Way To Paradise (From Here),” and “Die And Burn.” A great return to form from the lads. The CD also includes “The ‘Cosh’ (Remix),” “(It’s a) Long Way to Paradise (From Here) (Demo),” and “Stand Up and Shout (Demo)” as bonus tracks. Disc 2 features the band’s yearly St. Patrick’s Day show at Glasgow’s Barrowlandsone, and this is one of the first they ever did. This is the last release to feature original guitarist Henry Cluney. With energy and gusto, they rip into their old and new songs and give the crowd what they want, a great time. Disc 3 and saw the band down to a trio of Jake Burns, Bruce Foxton and Dolphin Taylor. It includes the singles “Harp” and “Can’t Believe In You” and now comes with three unplugged versions of tracks from their early days; “Silver Lining,” “Listen,” and “Wasted Life.” The tracks “When The Stars Fall From The Sky” and “What If I Want More?” are great versions that were heard on the previous CD. CD 4 has the gritty “Tinderbox” and the ska-like tracks “You Don’t Believe In Me” and “Dust In My Eye” that I really liked too. Vocalist Jake Burns has provided liner notes covering this period in the band’s career whilst the booklet contains rare clippings and memorabilia as well as pictures of all relevant releases.

If you are a fan, this is a great continuation of the band’s output, but if you are new, get the previous collection first and then this one. This is one band that over the years has changed a bit, but are still vital and put on a great show. 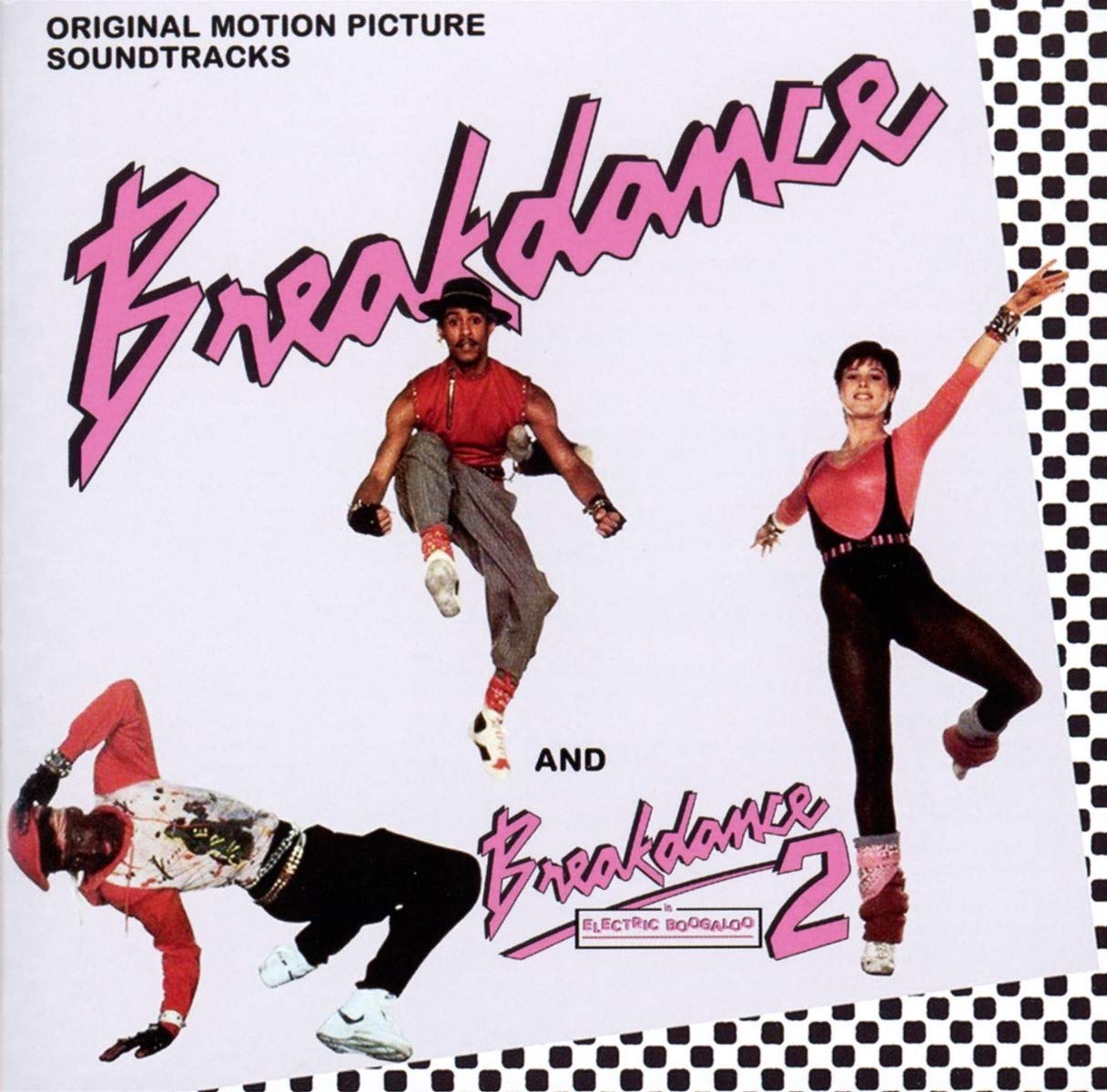 Released in 1984, the movie Breakdance, or Breakin’, as it was named in the USA, celebrated the rise of “b-boy” culture, based around breakdancing and hip-hop. The film was a huge box office hit in the USA, grossing over $6 million on its opening weekend. The soundtrack, originally on Polydor Records, proved equally influential and successful, helping to spread the word about the development of black urban dance throughout the world. The album went on to sell over a million copies, such was its success that a sequel, Breakdance 2 Electric Boogaloo, followed, with another impressive soundtrack.

Back when this movie and soundtrack came out, I was completely involved in the synthpop scene from the UK and heard some electro that had the same sound and feel, and I was kind of interested in the music at least. I never was into the dancing at all, especially since some girls that I was talking to in a park were also being checked out by break dancers and after I got their phone numbers, the breakers came up to me and threatened me with a baseball bat. Not really going to instil any kind of love for breakdancing. Anyways, the music that I heard was “Cut It” by Re-Flex, who I was already a big fan of, and “Breakin’… There’s No Stopping Us” by Ollie and Jerry. I really enjoyed the music and ended up getting the soundtrack and thoroughly enjoying it. Of course, this also is where Ice-T got his start, with the poppy “Reckless” by Chris “The Glove” Taylor and David Storrs with rap By Ice-T. A big difference from where he eventually went with his music. With a lot of great songs, this was something that I really enjoyed and still do, regardless of the changes that happened in music since this was released. Now you know that the second one couldn’t be as good…right? Well, it’s almost as good, so there. My favourite song is “Din Daa Daa” by George Kranz, a fantastic electro track that I searched out the 12″ single for and scored. The songs didn’t get the blood pumping as much as on the first album, but they still sound great and I listen to them as much as the first album. Of course the term ” Part 2, Electric Bugaloo” is what I use whenever a part two is mentioned in conversation. The sound is flawless on this collection and the booklet has a ton of interesting information in it.

If you liked the movies or owned the soundtracks, this is a definite purchase, even if you are just curious, you need to get this set and get some lino or cardboard and start spinning on your head. Another very cool album from my youth that I thought I would never see or own.