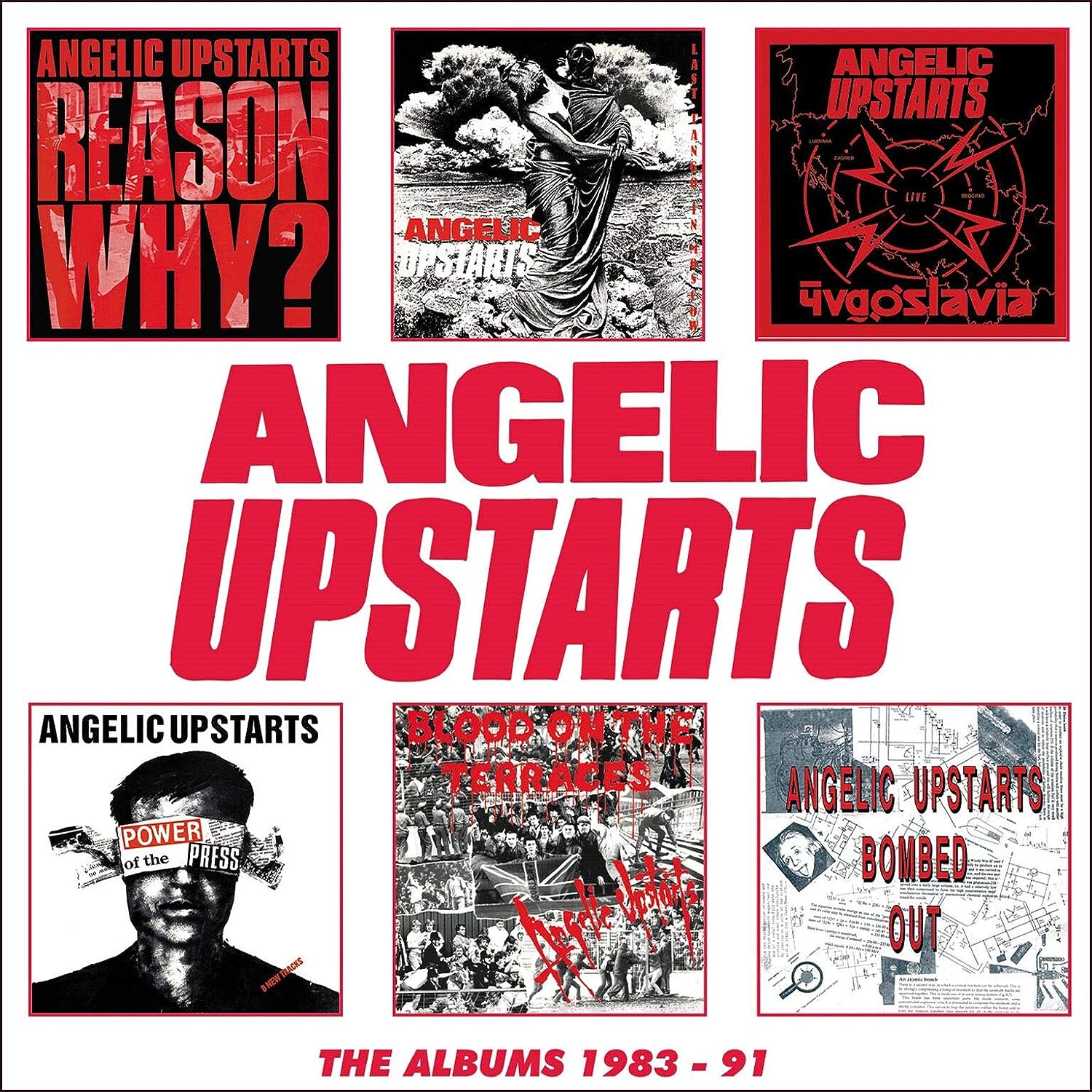 Jumping from the previous box set that covered 1977-1980, this one skips a few albums and goes right to their most up-to-date album currently. Maybe there will be another collection of the missing albums…we’ll see.

With just four albums over a twenty-year span, the band slowed their releases down a whole lot, but what we have is a great collection all the same. Starting off with the band’s first official full-length live album Lust Power And Money, recorded at the legendary Klub Foot in London, it has a track listing that reads like a Greatest Hits Live with classics such as “Emergency,” and “Homicide” played with energy and power. Disc 2 contains 1993’s You Us It!, their first studio album in eight years which saw the addition of new member Arturo Bassick, formerly of The Lurkers. The band got right back to the harder-edged sound of their younger days and it was a great return to form. Disc 3 is the Takeover album which was originally released in 1997 and is even better than their last album. A classic from start to finish with tracks that stand up to their older gems. The final disc is 2007’s Death In Soho, which keeps up the high standard of punk rock with catchy choruses and great playing that bands more than half their age would be and should be jealous of. This is a great ending to the box set but makes you yearn for more from them.

The 20-page booklet contains in-depth liner notes, pictures of all relevant sleeves plus memorabilia and clippings from the era. The sound is so good and improves on the original releases by a long shot. Although the classic period was in the previous box set, this is still a terrific collection to get and will definitely be something that you will come back to, time and time again.