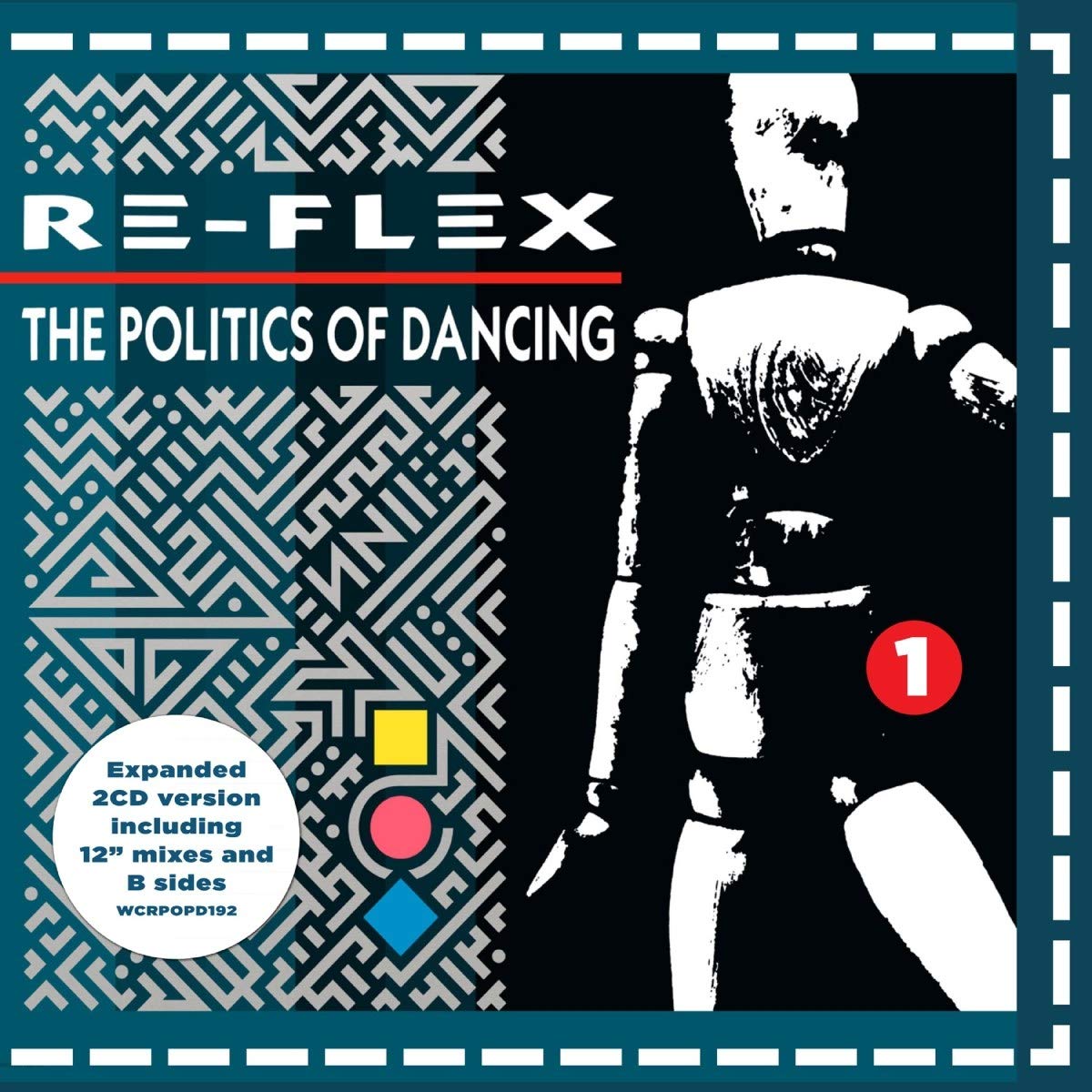 Cherry Red is issuing the first ever expanded re-issue of Re-Flex’s first album. Formed in the early 1980s by musicians John Baxter on vocals and lead guitar and Paul Fishman on keyboards and backing vocals, by late 1982 the band recorded their debut album, The Politics of Dancing. The album, produced by John Punter of Roxy Music fame was released in 1983 through EMI. The album’s title track was released as a single in late 1983 and met with much great success becoming a big international hit in 1984, reaching the Top 40 (and in some cases the Top 20) in numerous countries including No. 28 in the UK, No. 24 in the USA, No. 9 in Canada, No. 25 in Germany and No. 11 in Australia as well as being a success in Switzerland, South Africa, Israel, the Netherlands, Spain, and Italy. Five further singles were released from the album each enjoying varied international success. This expanded 2 CD version of the original album release contains a comprehensive selection of extended mixes and B-side bonus tracks many which are appearing on CD for the first time as well as a deluxe 16 page booklet using the fully restored original album artwork.

I was extremely excited to get this CD since I remember seeing the video on TV when it first came out. I bought the album back then and taped a live gig of theirs from the El Mocambo in Toronto off of the radio…still have it too! I played the album to death back then, and when I got this, I did the same thing. The album, of course, has their most famous song on it, but “Hitline,” and “Praying To The Beat” is just as good. The sound is greatly improved on this release and the bonus mixes are what really make this stand out for fans. Yes there are some remix omissions, and it does suck that they couldn’t find them all and put them all on here, but man-o-man, what a great bunch of mixes. The bonus mixes are thankfully all original ones from the band’s heyday, not new versions that you sometimes get stuck with, and they would make the dance floor full if they were played in an ’80s club night. You will want to dance on your sofa when you put this on…I did! The booklet is great, so much info and lots of pictures that I read it a couple of times.

If you are a fan…get this! How obvious is it really? If you are curious as to what else they did besides “that one song,” you need to get this so you can hear a band that took its time and produced a very entertaining and satisfying album that sounds just as good now as it did then.