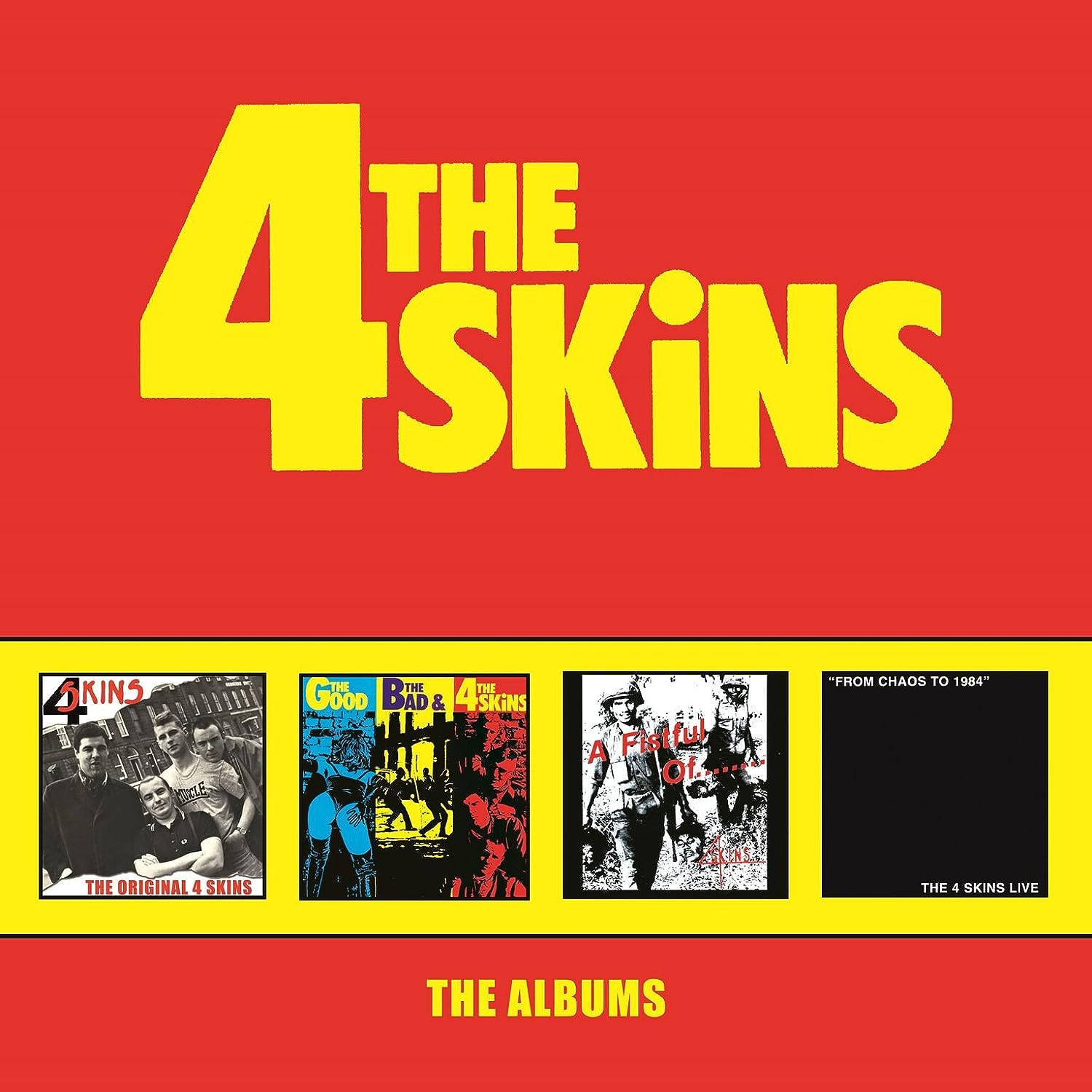 This 76 track four CD clamshell box set rounds up all that Oi! legends The 4 Skins recorded between 1980 and 1984. They formed in 1979 and disbanded in 1984 – although new line-ups formed in 2007 and 2008. The booklet features in-depth liner notes and is packed full of rare clippings and memorabilia plus many unseen photographs from the time, plus the remastered sound is great.

The first CD features all the tracks recorded by the band’s original vocalist Gary Hodges. It contains all their contributions to the Oi albums, a rough and ready version of their classic “Clockwork Skinhead,” “One Law For Them” single and various live and demos offerings. It gives a great overview of what the band was and where they were going. The second disc contains their first album with new drummer Pete Abbot and singer Tony “Panther” Cummings joining. Their debut album actually managed to crack the top 100 of the UK charts…pretty impressive. The album was split into a studio and live sides, with the live music being “live in the studio,” not in concert. The album includes great songs such as “Plastic Gangsters” and “Yesterday’s Heroes” which are still terrific after all these years. Disc Three is the Fistful Of… 4 Skins album which hit No.11 on the Indie Chart and saw the band led by ex-Last Resort vocalist Roi Pearce. This is the album that I got into the band with and it holds a special place for me. “Forgotten Hero” and “Johnny Go Home” are classics that grabbed my ears when I first heard them and still sound amazing. The last disc is the rare live From Chaos To 1984 which showcases the band playing their hearts out for the punters.

The band was a great blast of energy and proved that skins could sing about more than being a skin, football, drinking, and fighting, they put a lot of thought into what they did and played as hard as they could. This is a great collection that deserves to be in your house and played frequently.