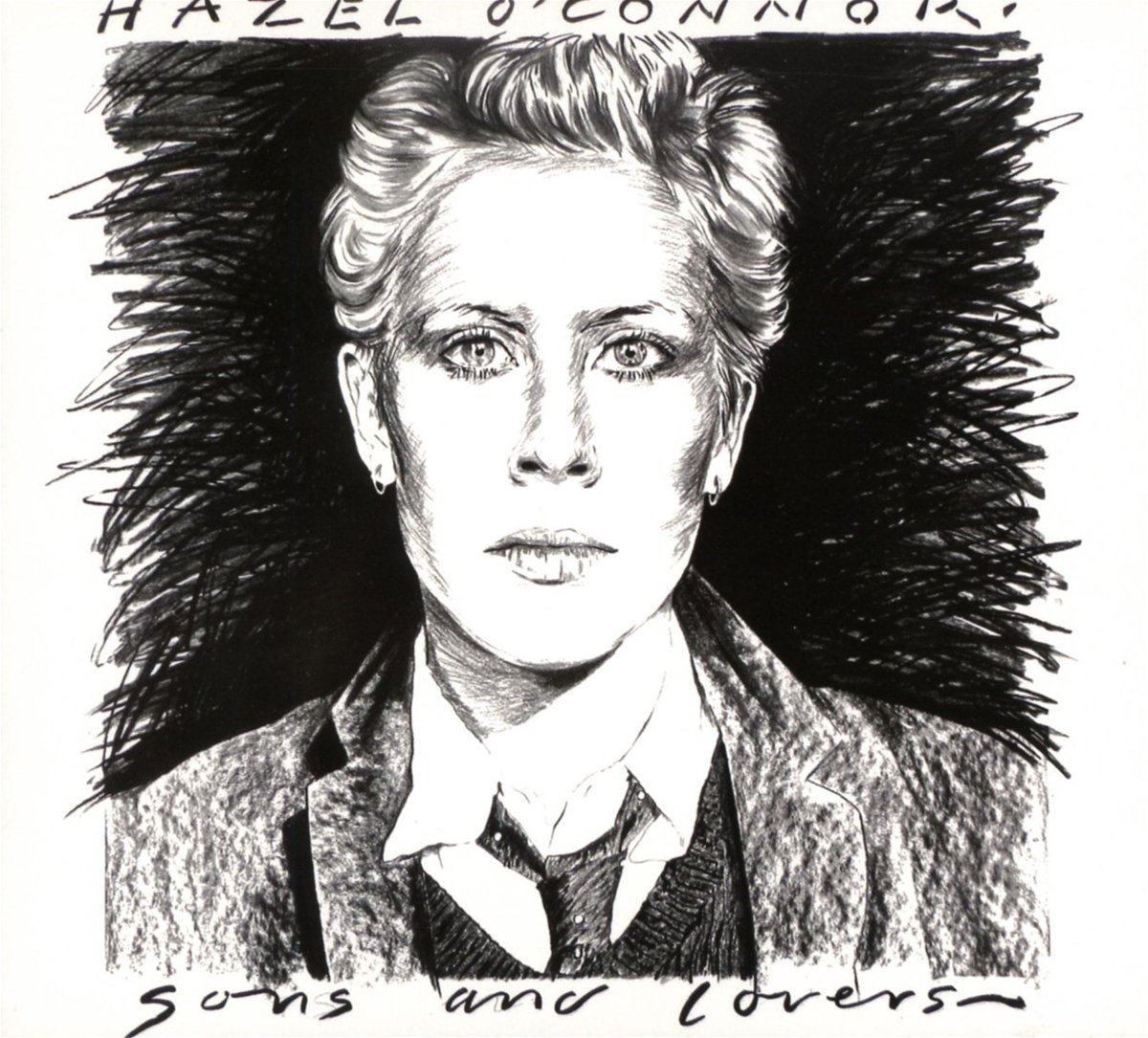 Sons And Lovers is packaged in a deluxe digipack with a richly illustrated lyric booklet containing an introduction from Hazel O’Connor herself. This expanded edition of Hazel’s landmark post-punk album contains three versions of the lead UK top ten single “D- Days,” (the album version, the better known Tony Visconti remixed version and the lesser known alternate version dating from 1981). Hazel O’Connor’s second album followed her movie role in, and soundtrack album for, the feature film Breaking Glass and included songs written mostly before that project. This album produced by Nigel Gray (who had been the producer The Fall and The Police), is referred to by Hazel as being: “really my first album of songs, but it had to wait to be recorded after I’d completed Breaking Glass. The five bonus tracks included in this deluxe package are two live tracks from a 1980 live concert at the Dominion Theatre in London, a reworking of the album track “Ain’t It Funny” and a cover version of David Bowie’s “Suffragette City” which features Simon Le Bon of Duran Duran who, at that time, was O’Connor’s support act. These tracks were originally featured as the B-sides of the 12” single of “Time (Ain’t On Our Side),” the second track to be taken as a single from the album. Another bonus track rarity is the very first version of “Time Is Free” that had been the B-side of Hazel O’Connor’s pre-Breaking Glass debut 1979 single.

Although not very well known here in North America, I was such a fan of new wave and British music that I had heard of her, just not heard her music since no one played it on the radio, and not a video to be seen, so why would I want this album? I did want it because I was just so crazed by the new wave scene, that I had to get as much as I could, and of course this being before the internet, I had to scour the record shops for this until I finally found it, and used too. Someone else knew of her but didn’t want it, so what, I wanted it and purchased it right away. I loved the edgy and tight playing of the album and still do to this day. “D-Days,” the lead single from Sons And Lovers, did get onto the charts in the UK, returning her to the top ten. The song was a perky, anti-poseur song based on her going to the Blitz club and seeing the preening crowd. The song has a good dose of energy and Punky/New Wave instrumental attack that I never tire of hearing. Strangely, the album didn’t set the charts on fire, even though it had a hit song on it, it just never connected with the masses and put the damper on the success that she had previously had. The album had a lot going for it and the songs were catchy and full of energy. The real treat is the bonus songs, especially if you like cover versions; her cover of Bowie’s “Suffragette City” is great and the bonus for Durannies is Simon Le Bon singing with her.

A great package, chock full of info in the booklet and with the added bonus songs, a treat for fans and something for those curious about her music. I think I will put this one in the car and listen to it on the way to work…can’t get enough of it.