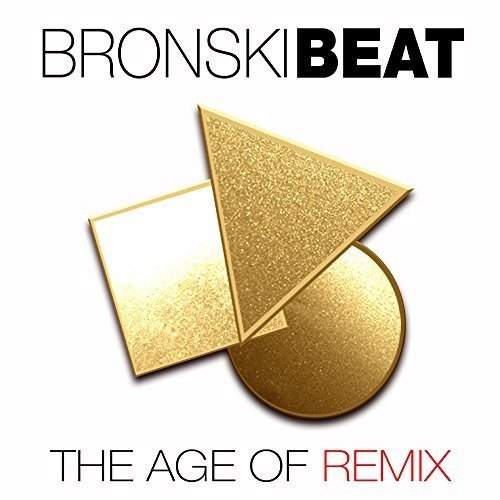 A strictly limited edition 3-disc dance remix companion set to the recent Bronski Beat release The Age Of Reason. Steve Bronski has been the driving force behind Bronski Beat for 35 years. This album features their most recent singer; the powerful soul-pop, multi-octave ranged Stephen Granville. The Age Of Remix reorientates Bronski Beat’s recent The Age Of Reason album; itself a contemporary remake of Bronski Beat’s landmark debut album The Age Of Consent. Featuring no less than twenty-five all new and previously unreleased remixes from a plethora of current dance floor remixers. The third disc in this deluxe 3 1/2 hour set is a bonus continuous mix by Sordid Soundz, also known as Bronski Beat programmer Ian Donaldson, which itself contains some exclusive snippets of further previously unreleased mixes.

I remember watching the video shows after school in the early ’80s, waiting to see the newest clips and the exciting new sounds that seemed to come out every week, and low and behold, I saw “Smalltown Boy” by Bronski Beat. What a different and interesting synthpop sound, plus the video and song had meaning to it, the pain and suffering of a gay man growing up. I was fascinated and couldn’t wait to hear more from them. I saw the album in the store, picked it up and was a fan, then the video for “Why” came out and it was great. Now Jimmy Somerville is no longer with the band and has had a great solo career, and only Steve Bronski is left, but he has got a great new vocalist that takes the songs, and adds his own twist to them and does a terrific job with them. So many remixes, so many to choose from and you will definitely find one that appeals to you, I love the ones based on “Smalltown Boy” and “Why,” but I am biased since those songs are so massive and remind me of my youth. The songs are upbeat, full of energy and will cause booty shaking to happen, whether you want it to happen or not. The band did a great job finding remixers and picking great mixes for this collection.

This will get you dancing and loving the songs all over again, and will hopefully get people that weren’t there the first time, to hear them in this collection and get the message and the love for the band. Just so you know, the third CD is one long song that cannot be skipped to the next song, so just put it on and shake your thang…all night long.