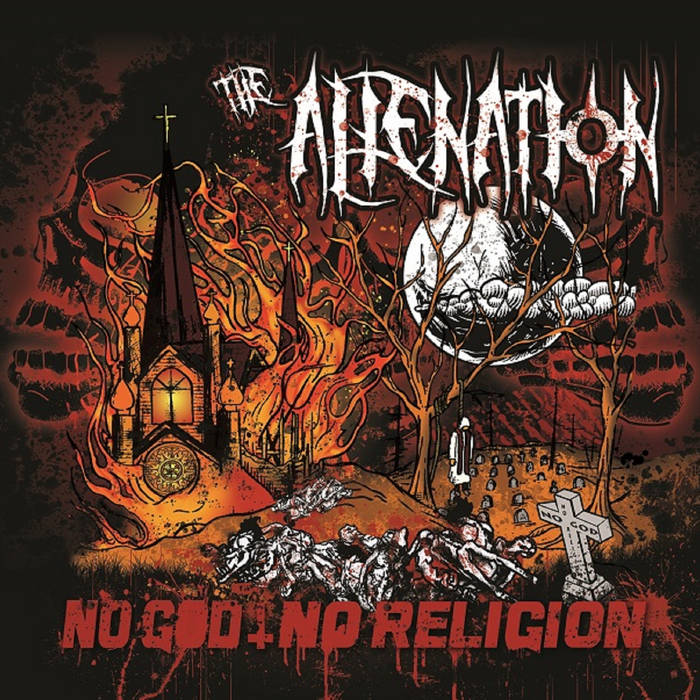 This trio from Amos, Quebec have just released their second album of hardcore with songs in both English and French. The trio of Peet (bass/vocals), Dom (guitar/vocals), and Matt (drums) have put together eleven songs of charged energy and thought-provoking lyrics.

I always get excited when I get punk to review, since I seem to get a lot, and I do mean a lot of metal to review, when I am way more into punk than metal. As a fellow Canadian, now living in Texas, but still love to give props to my country men putting out music, also being someone who was forced to take three years of French and remembers none of it, it is cool to hear a band doing songs in their own language, not just in English. Of course, because I failed two of the three years and they were over thirty years ago, I have no idea what they are singing about on those songs, but the English ones are clear about what pisses them off and I love to read the lyrics and get an idea of where a band is coming from. The songs are angry, gritty and hard-hitting, which is such a great thing to hear with all the wimpy pop punk and emo crap passing itself off as punk. The gruff vocals are perfect for the bitterness being spewed, as is the blazing guitar playing, the thick bass, and the pounding drums which all create a sense of organized chaos that grabs your ear holes and drags you into the pit. Every song is another spit in the face of the craptastic society that we are force-fed and they are played with the verve and power that gets your adrenalin going and makes you get mad at the shit going on too.

This is a band that is sick and tired of bullshit around them and isn’t afraid to get in the face of the fools that stand in the way of what they believe. Fast-paced and a destructive force coming at you with the power of a hurricane, but with a message……destroy the shit!