Continuing on where they left off with their previous album Live 1, but with a bit more crowd noise and a deeper catalog of Gabriel’s songs, the band plays with all of the heart and talent of that first set.This group features original Peter Gabriel drummer Jerry Marotta, former King Crimson guitarist Trey Gunn, ex-Shriekback guitarist Michael Cozzi, keyboardist David Jameson, and vocalist Brian Cummins.

Being a fan of Peter Gabriel, but not a fanatic that knows his catalog inside out is a good thing because this album gives me a chance to sample songs that I would probably not have listened to in the first place. Yes, I’m more of a popular songs kind of guy when it comes to him, but this collection has drawn me in and turned me onto his deeper tracks. As I listen to this album, it hits me the same way that the first one did, i have goosebumps, and become emotional, with my eyes watering up while I close my eyes and let the sounds flow over me. The pure talent that this musicians have is staggering and I am in awe of just how much I find myself playing this over and over, not just for me, but for anyone and everyone who I can get to listen to it. While the audience is mixed a bit louder in the beginning and end of the songs, it’s not obtrusive at all, it reminds you that this is a live band, not some studio band tweaking everything before you get to hear it, this is a raw and exciting group that blows me away. While I thought the entire album was excellent, the final three songs, “The Lamb Lies Down On Broadway,” “Fly On A Windshield,” and “On The Air” were the highlights for me. Cummins used the crowd to sing along and the interaction made this a real treat.

You would think that the second of this project would not far as well as the first, but that would be a terrible conclusion, this is every bit as good as the first album and actually has a touch more warmth to it. As I said before, I’m a fan of Gabriel’s hits, but this band is turning me into a fan of all of his work. This is a special group of people who are doing something that means a lot to them, and it’s exciting for their fans as well.

This three-piece band from Boston has just released their debut album of melodic hard rock that includes a cover of “Jailhouse Rock” and seven originals. The band on this album consisted of David Vaccaro (lead vocals, guitars, keyboards), Mike McDonald (bass, vocals), and Scott Marion (drums & percussion), but Marion has left the band due to a move and time constraints, so the new drummer is Michael Bangrazi from Massachusetts.

The band comes out of the gates with a rocking tight and catchy song in “That’s How It Is,” and sets the template for the rest of the album. A great chorus that sticks in your head, some head bobbing, crunchy guitar and a great beat make for a song that will sound amazing live. “All I Want” is another great track with an early ’80s sound that makes you think that it’s a lost classic…and it is a classic song. The “Jailhouse Rock” cover is tight and well…..it’s a great song. “I Only Want To Be With You” has a touch of a Beatles vibe and is a great slow song to grab your girl and give her a tight squeeze while singing along. “Let Your Lovin Come Down” has a great sound and is so catchy that I started to sing along while listening to it the first time. “Got To Rock” has a touch of Golden Earring to it and is another great song.

It’s a real pleasure to hear a rock band that doesn’t scream at me, play crazy scales on the guitar, or go for an edgy sound, they play clean, but thoughtful and kick-ass hard rock that is timeless and well needed. Grab a copy of this album, put it into your car, roll the windows down and crank it up while it’s still warm out and cruise to your heart’s content. 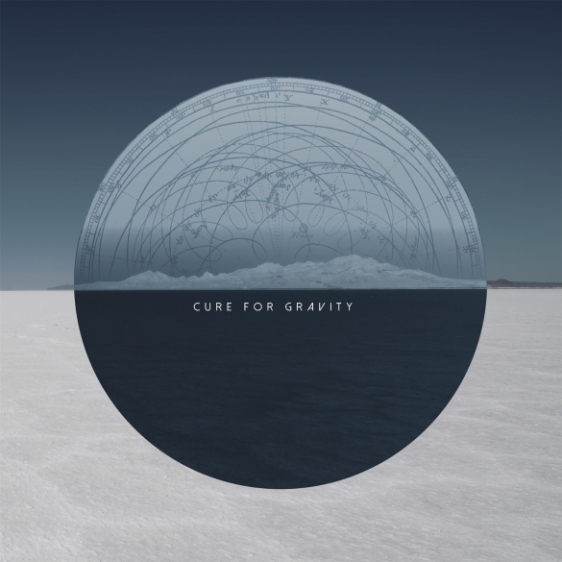 Cure for Gravity is Chris Gamper (drums), Joe Markert (vocals, keys, guitars) and Dave Walcott (guitars, vocals), and with Dan Feiszli on bass. Hailing from Berkeley, CA this trio delivers an entrancing amalgam of atmospheric synth/alt rock that is reminiscent of later Tears For Fears in sound and vocals.

I put on this six song album and after hitting play, I was transported back to the late ’80s, early ’90s when bands were still melodic and used keyboards with finesse, before the grunge bands came in and knocked this kind of music out of the charts and out of people’s radar. These guys bring those days back, but still manage to sound modern and exciting with catchy songs with soulful vocals that pull you in and get trapped in your ears. With atmospheric songs like “Tonight,” this band really takes you on a trip that makes you close your eyes and lifts you up out of your plane of existence and carries you to another place that almost puts a tear in your eye with its beauty. To be honest, I really loved every song on here and played it over and over again because I could not get enough of these songs. First single “Black Metal” has a chiming guitar, a smooth groove and fantastic vocals that will grab you.

Coming into this review, I had no idea or preconceived thoughts about this band, and now I am a follower and will be keeping an eye out for them. Funny how you can find your new favorite band this way.