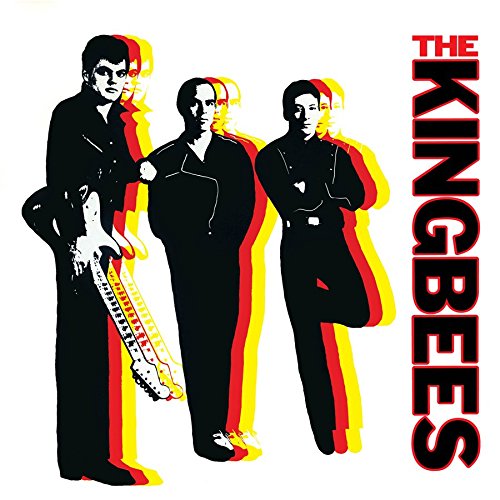 The Kingbees second album The Big Rock is being re-issued with four bonus tracks. This was the band’s final release on RSO, and it features mostly originally material written by Canadian band leader Jamie James. For this special re-issue, James provides some new liner notes about the album, and has improved sound with the remastering.

Living just outside of Toronto, Ontario back in the old days of the ’80s, I got to hear this album a fair bit since local radio stations played songs from this album. I was surprised and happy to see that this was being reissued and couldn’t wait to hear it again. The remastering is terrific, clean and clear sound that makes the album sound better than ever, and a cool booklet with information about the recording. The band plays a mix of rock’n’roll, rockabilly and has a punky/new wave feel to it that just outs a smile on my face. You just want to get up and dance around when you listen to the album, especially songs like “The Big Rock,” and “Let Myself Go.” The album is a high energy party that deserved to big a bigger hit and hopefully now will reach out to those who missed it the first time around. The band doesn’t stick to a traditional rockabilly sound like later bands like the Stray Cats, instead they use that as a starting point and really just play great music. The songs still hold up to this day, which is a testament to great songwriting, well done production, and terrific playing. They have covers of Charlie Rich, Buddy Holly, Carl Perkins and Jerry Lee Lewis on the original album, and a cover of the Burnettes as one of the bonus tracks.

Go out and grab a copy of this album, do yourself a favor and introduce your friends and family to this band and start a rocking party in your house as soon as you hit play. Now I need to go get their first album…..lol.