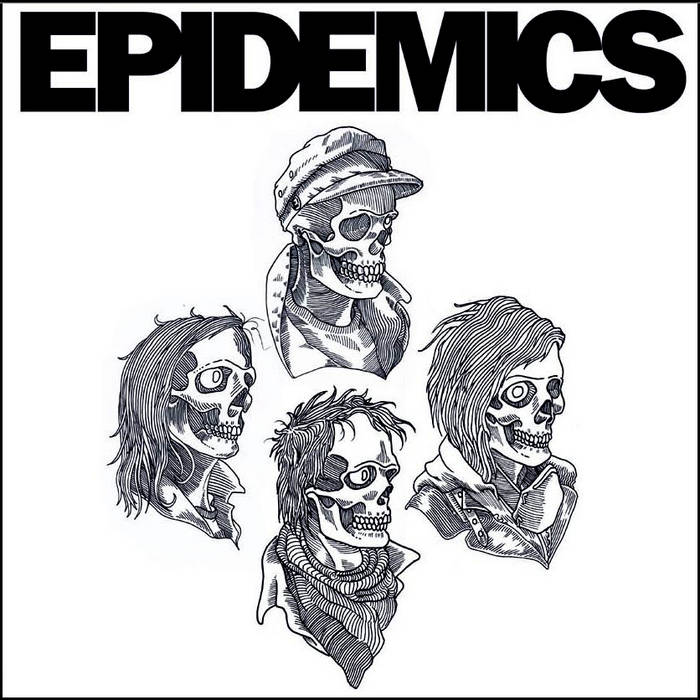 Swedish quartet EPIDEMICS have been around since 2007, with a debut album that came out in 2008, that was followed by an EP and a single. On their second album, the band consists of Richard (guitar), Emma (vocals), Emil (bass), and Erik (drums).

This album is chock full of punk rock goodness, as well as a ton of hooks to sweeten the deal even more.The vocals from Emma are fantastic, they have a touch of her accent mixed into the power that she carries into the songs. Her vocals go from sweet to bitter so fast and with zero effort, but they fit so perfect. The band plays tight and with energy on this album giving the songs a nice hard edge mixed in with more melodic moments. I love “I Don’t Get It” with its hint of Blondie sound. The hooks on this song should be a huge hit, but radio sucks and sadly it would never happen…that’s why you have to go out and get this, to make it a hit for yourself. You can hear the odd touch of Blondie and other touches of new wave mixed in and it totally works and sounds fresh. If this was released back in 1980, it would fit in perfectly and would be considered a classic, but it was released in 2013 and it still be considered a classic…this is the exact stuff that I play all of the time and love. You get song after song of hook laden punk that is suited for playing non stop.

This is the album to get and totally support this band, whether by merchandise or seeing live. This is one of the best punk albums that is so melodic and not shitty pop punk, but has enough pop sensibility to grab the listener and turn you into a fan.