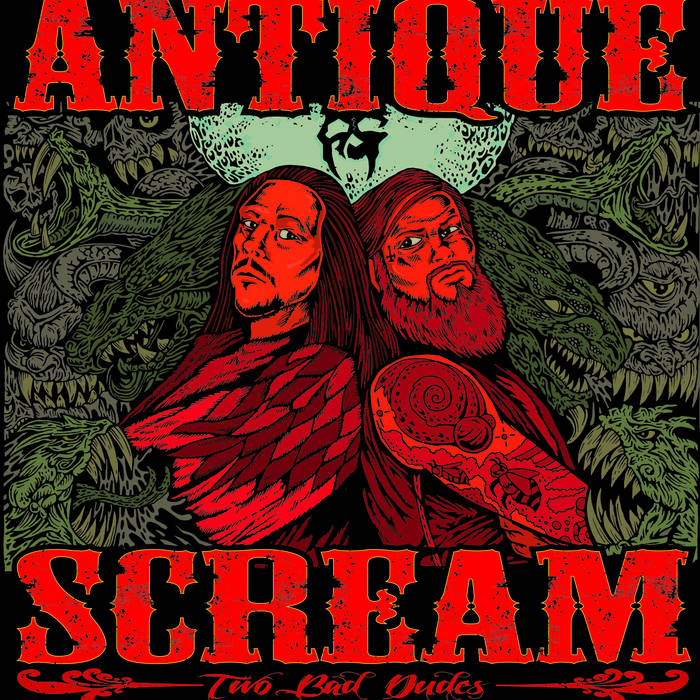 This duo from Seattle, WA plays a mix of stoner rock, metal, and blues. Playing almost non-stop since they got together in 2007, these guys are tight and thrilling to listen to.

With the guitar playing on the album nice and fuzzy, the songs are full of a bluesy sound that is full of emotion. Guitarist/vocalist Christopher Rutledge has a very smooth voice, which gives the songs a nice sound that keeps things from getting to weighed down in heaviness. William Fee does an amazing job on drums, especially on “Black Magic I,” his drum solo is fantastic. While listening to this album, I was thinking of how much this has the feel of an album from the late ’60s or early ’70s with the textures that they pull out of their instruments. As I got further into the album, I was astounded just how much the album kept on growing on me and becoming more addictive. I couldn’t pick just one or two stand out songs on here, that’s because the whole album stands out from the crap out there and is head and shoulder over the limp rock force-fed to people on the radio.

Grab a copy of this today before you look ridiculous in front of your cool friends who already bought this. This is an album that shows how raw emotion and pure guts can make something that makes the hair on your arms stand up.