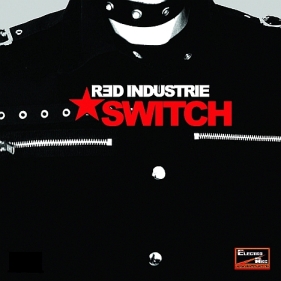 This album includes vocal duets with Psyche & Sara Noxx, also a cover version of CLAN OF XYMOX’s “Going Round” and bonus remixes by DarkMen, Autodafeh, Dr. Benway, and Strange Connection. An album of slower to mid-paced EBM / industrial that brings to mind the glory days of the late ’80s / early ’90s and some modern touches thrown in. This is the work of a creative and talented electro musician from Mexico, Helder Camberos.

The songs are all done with meticulous precision and beats that will get your feet moving or at least get you nodding along to the songs. The analogue sounds really make this a standout in these times of trying to sound as futuristic as possible nowadays. This is what the future sounded like to us back in the old days and I’m loving every second of this. The vocals go from cold to emotive and the added female vocals add to the album by giving the songs more depth and texture. I was really surprised at how great of a job they did with the CLAN OF XYMOX song “Going Round 2010″ with the feel of the original, but updating it just enough to sound fresh and exciting. I occasionally just put down a list of tracks that stood out, but this was one of those albums that I loved from start to finish and every song is a standout. The remixes at the end are also very well done with the sound of the original tracks, but given a nice extra kick to make them standout from the cookie cutter, overdone remixes that don’t sound anything like the originals at all.

This was a fantastic album that needs to be a part of your collection and played frequently. This is the kind of stuff that just grabs me and makes me want to go and get every release from this band.